This was my very first flight on Asiana, and I was pretty excited. I knew the plane wouldn't have the fancy intercontinental business class configuration with lie-flat seats, but it's still considerably better than domestic first class. 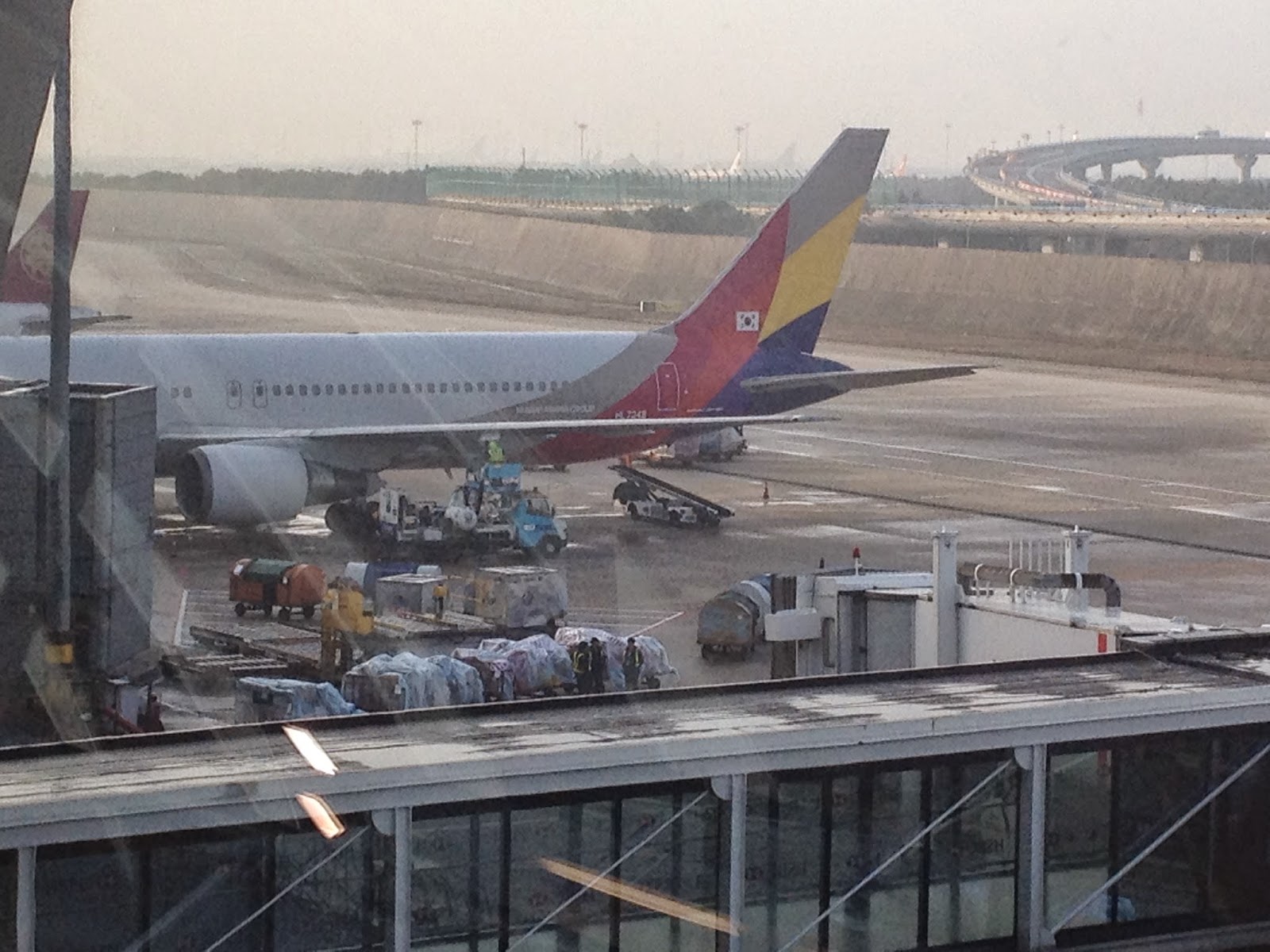 Business class is in a 2-1-2 configuration - the middle seat in the front is sort of Jean Luc Picard-y. 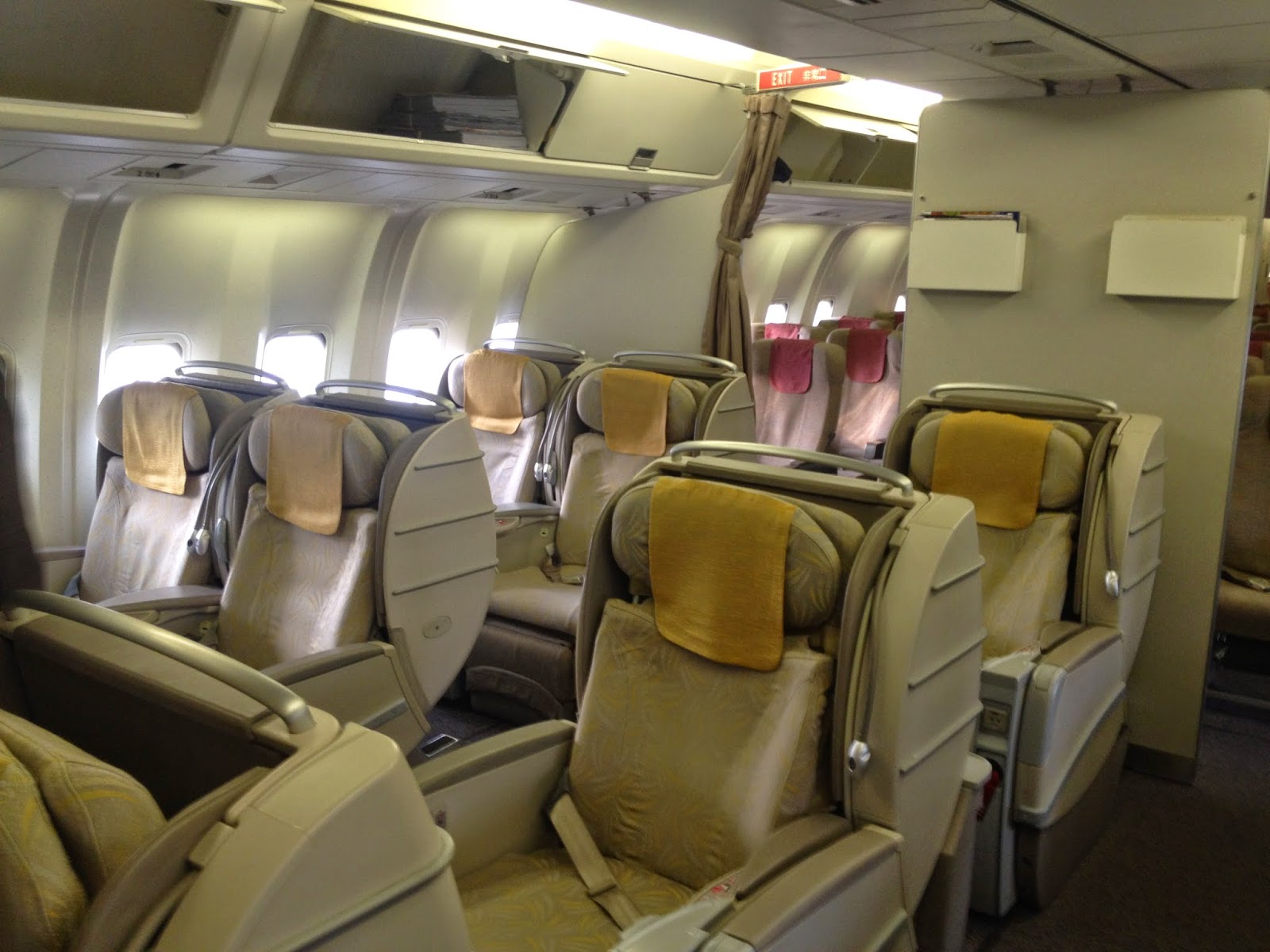 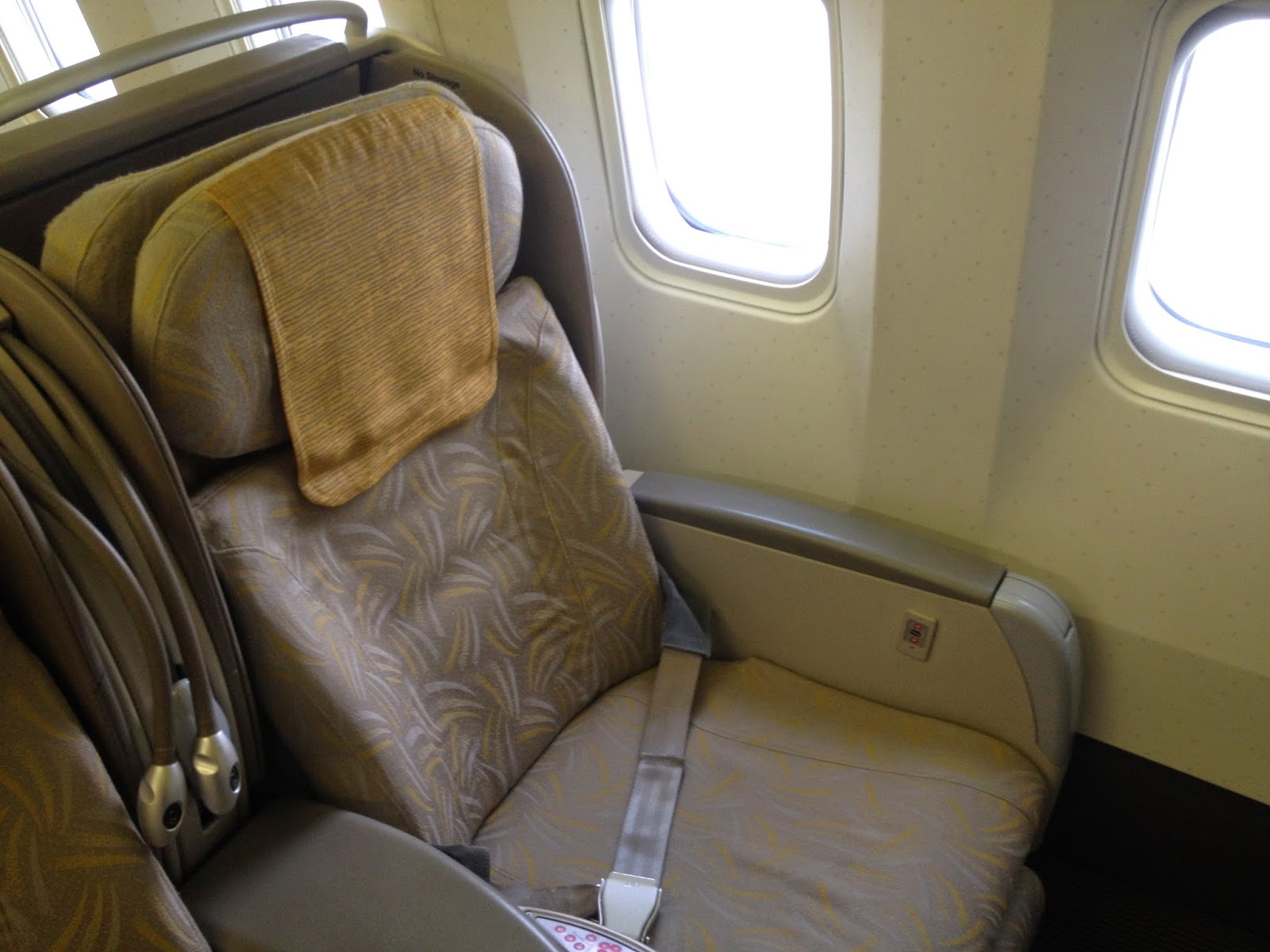 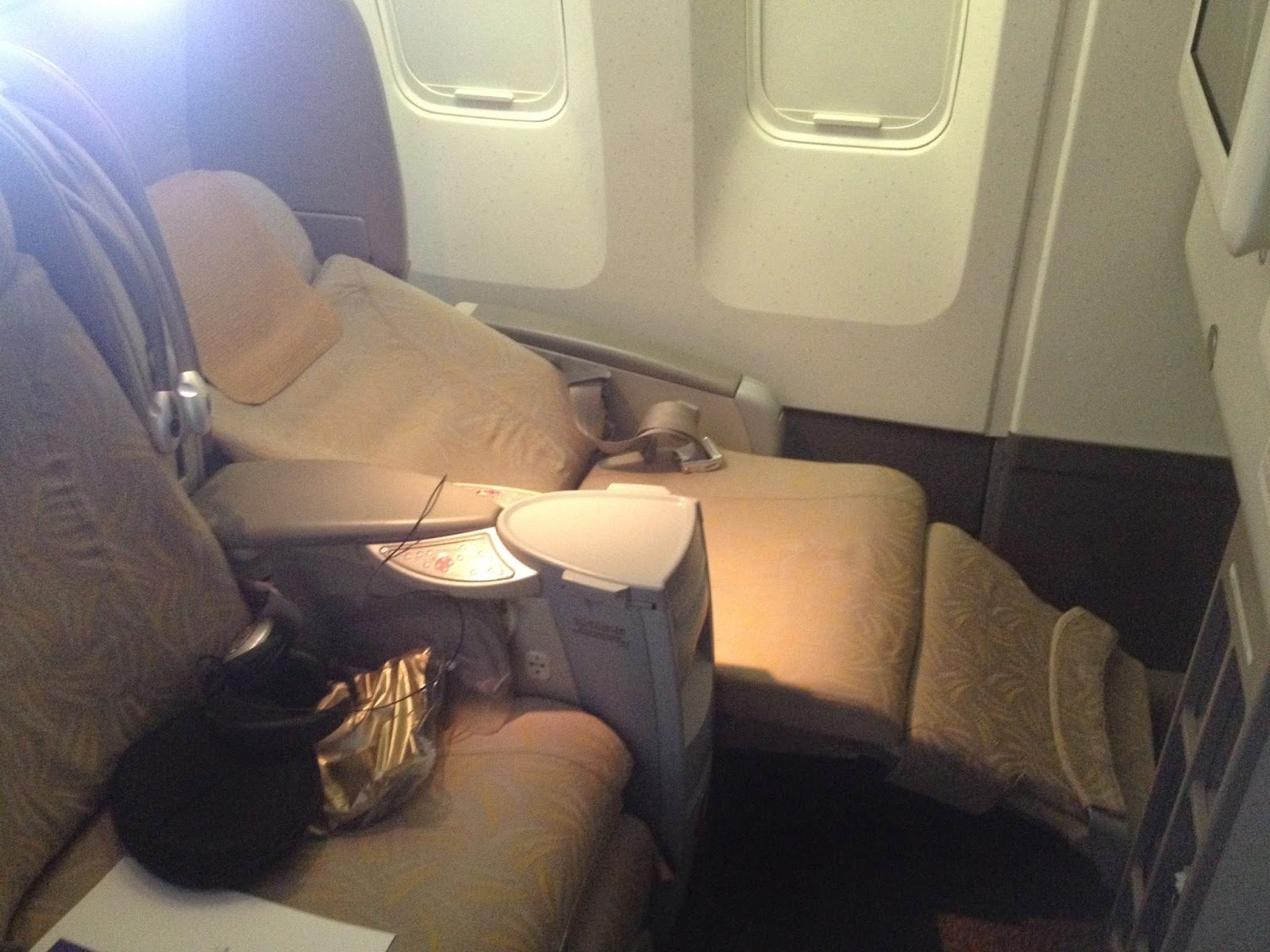 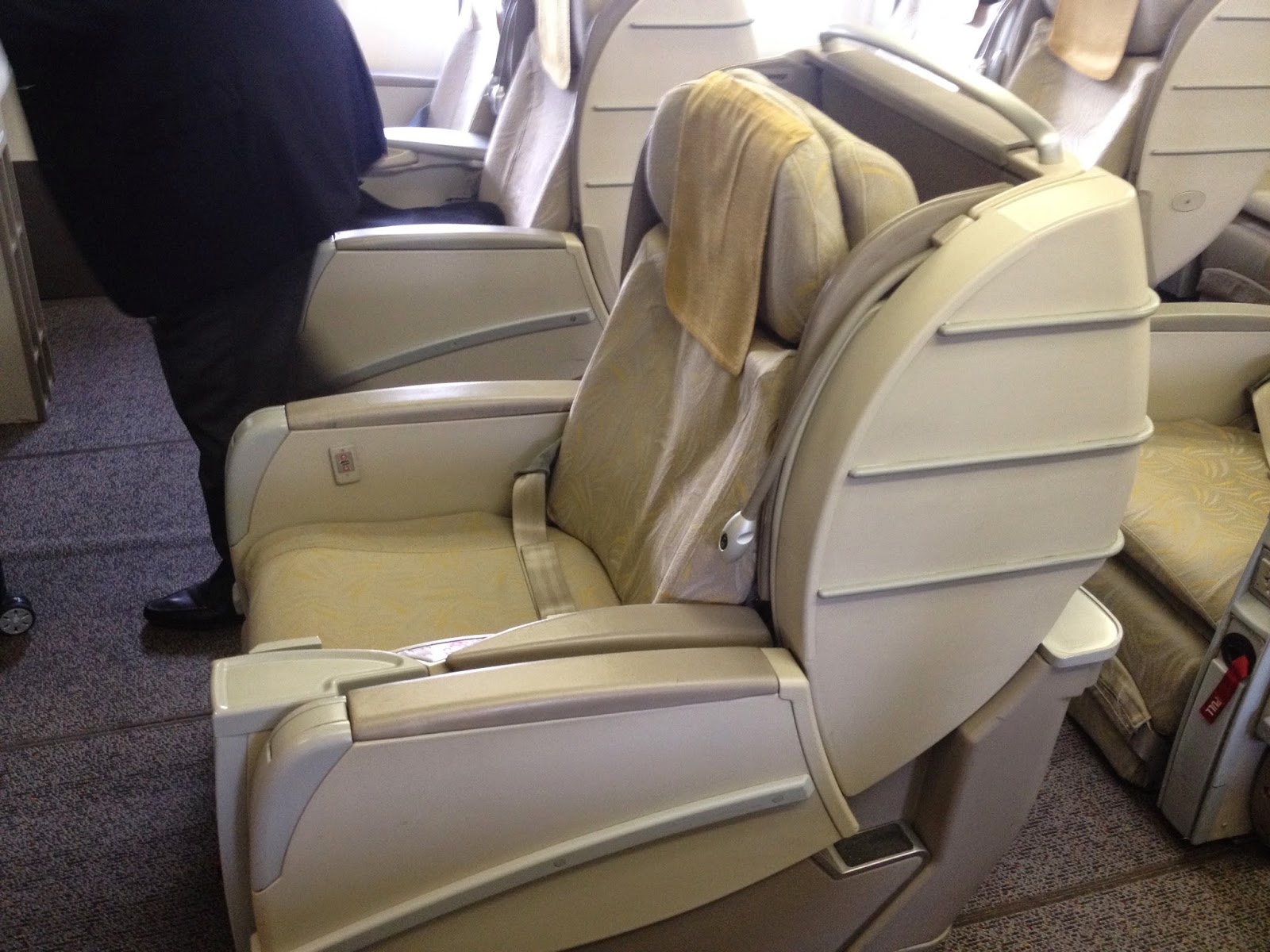 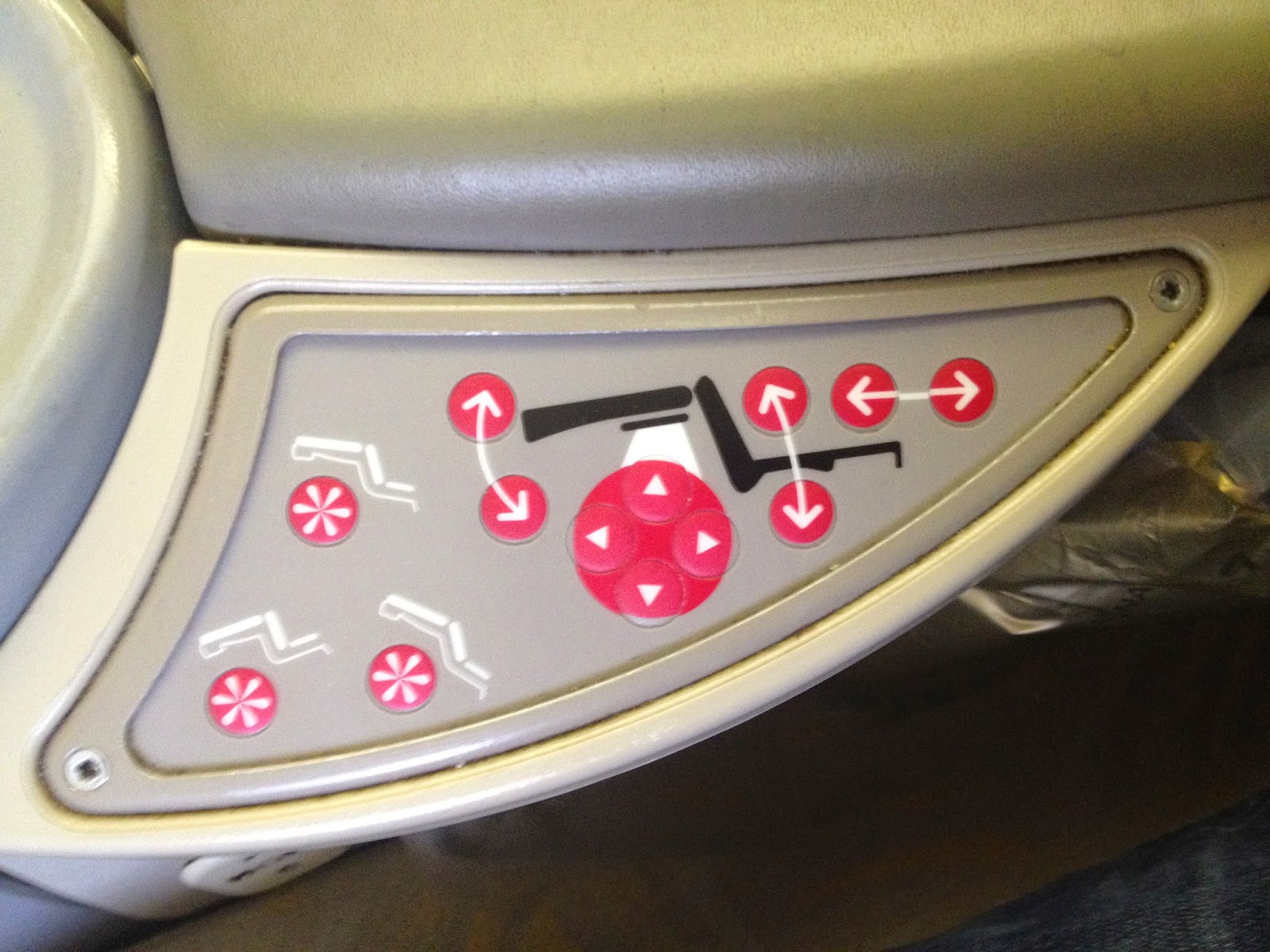 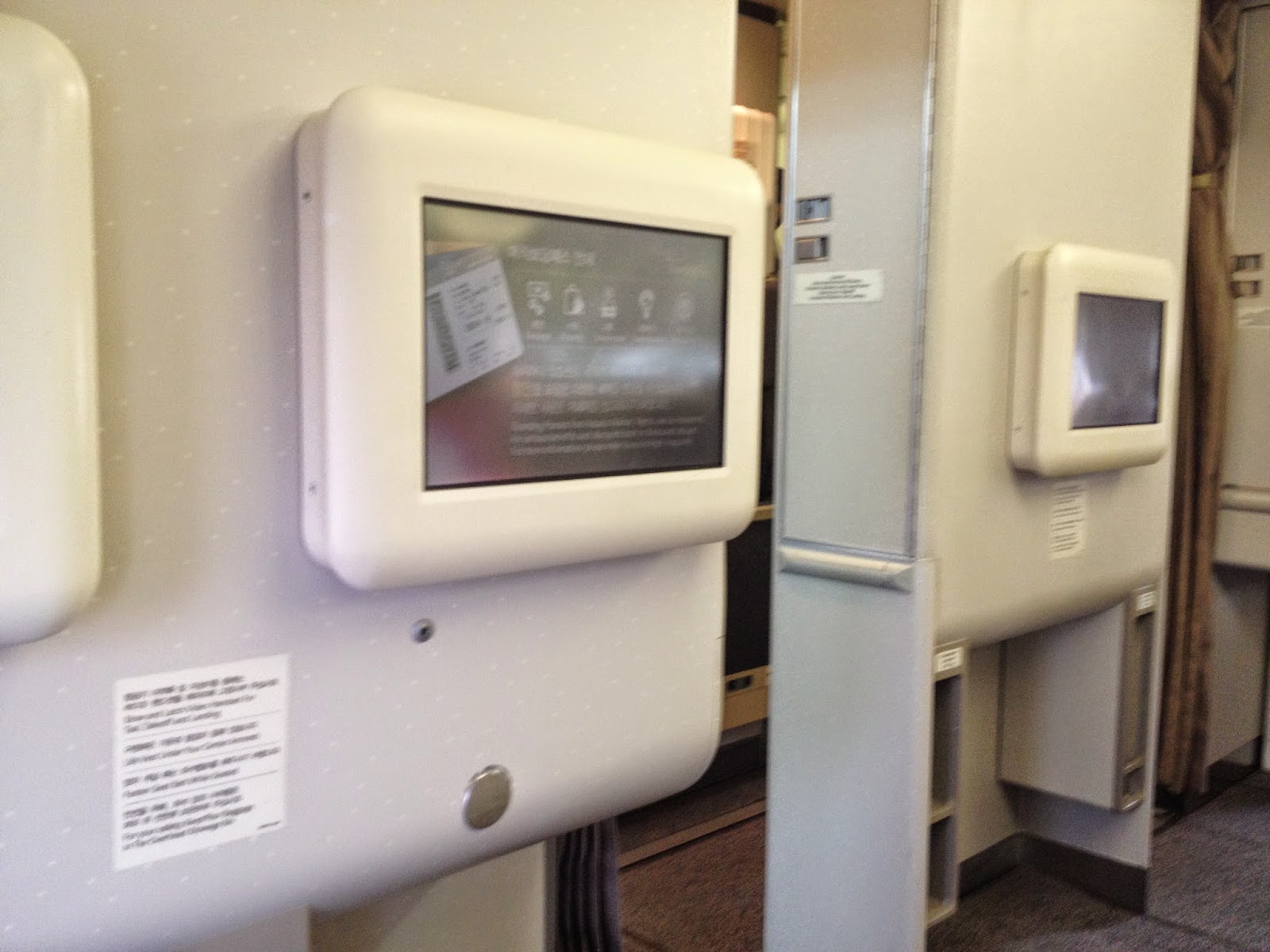 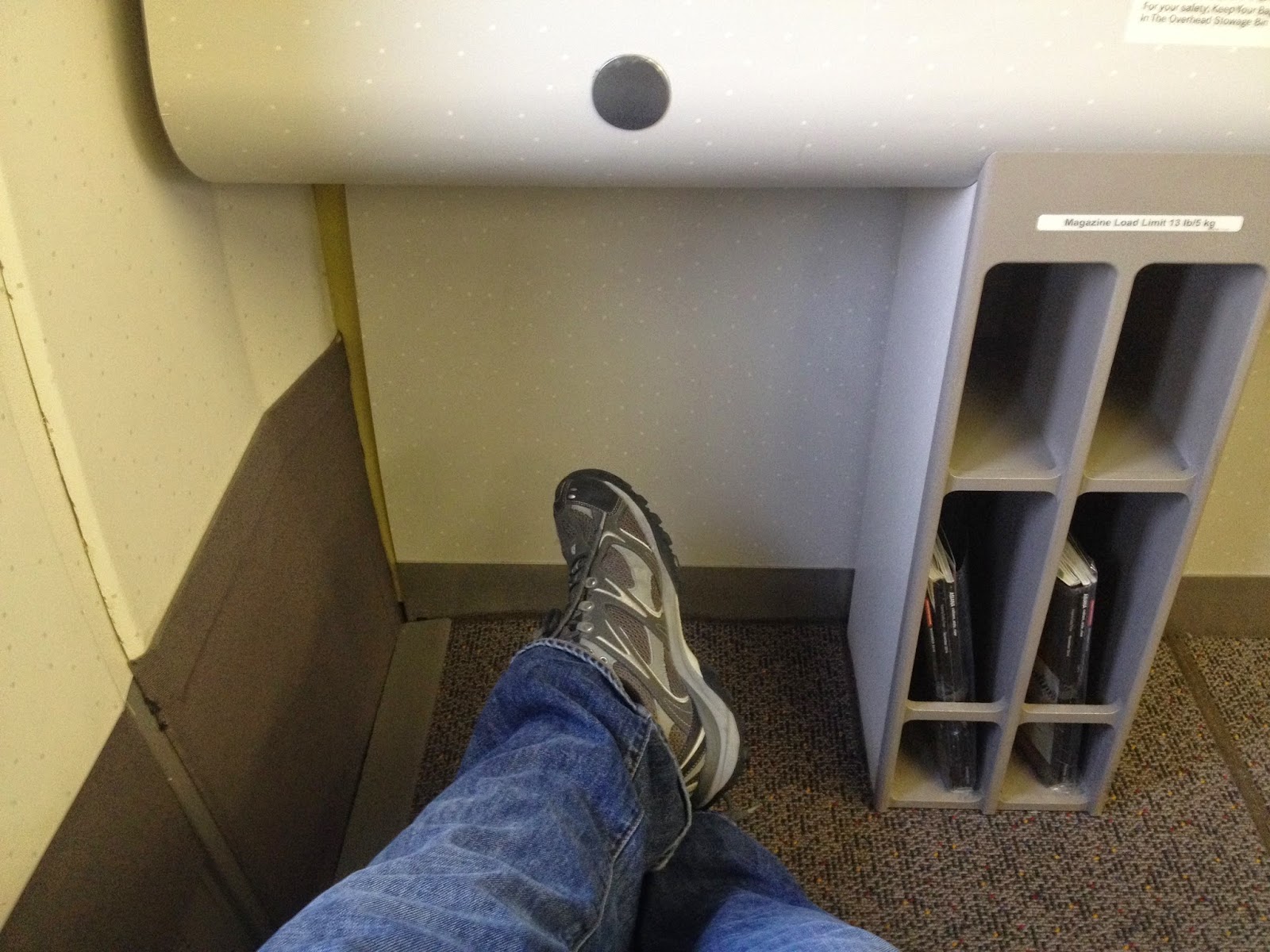 The flight attendants offered pre-departure beverages of orange juice or water, and distributed slippers and headphones. (The headphones were terrible). 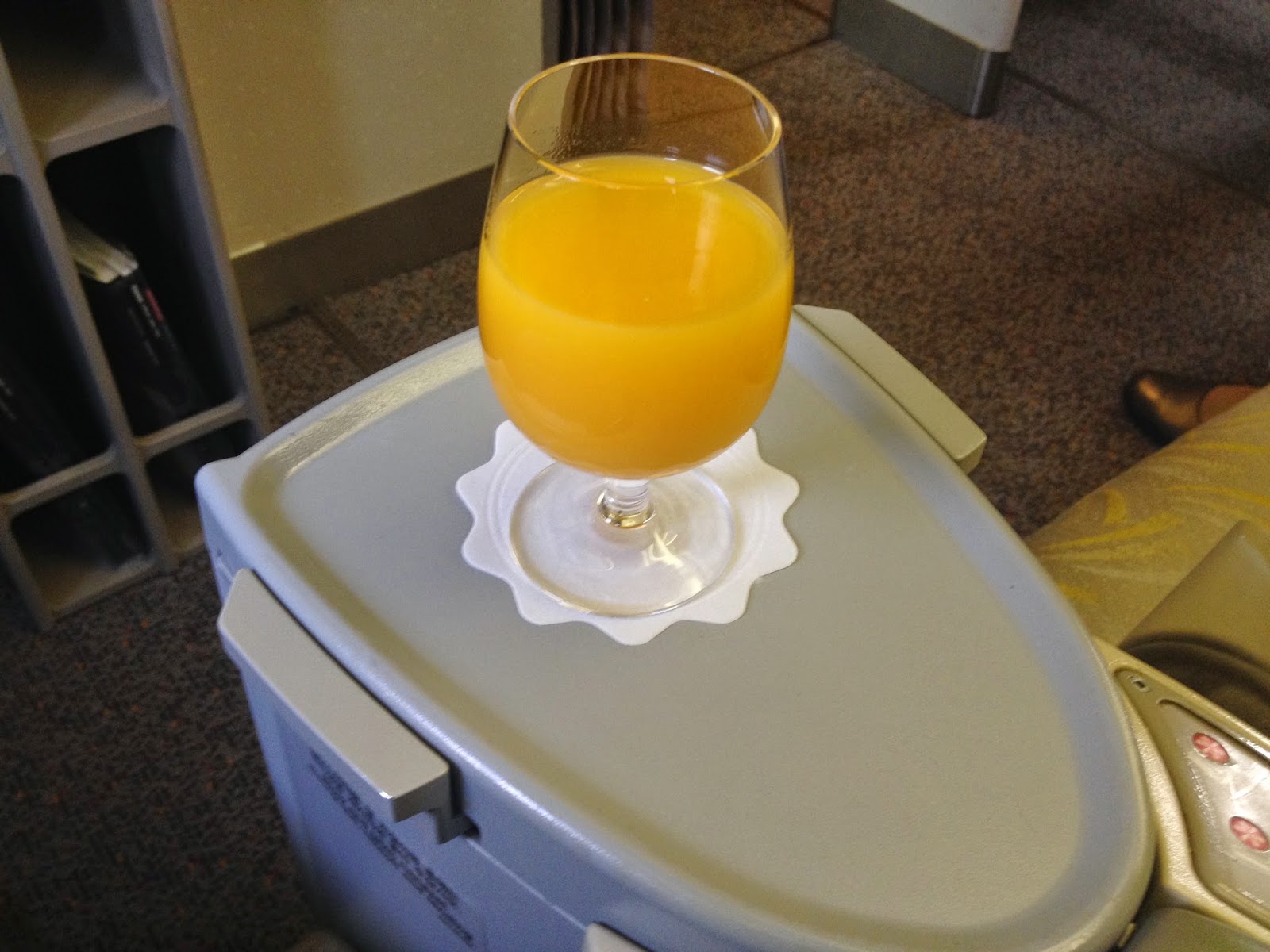 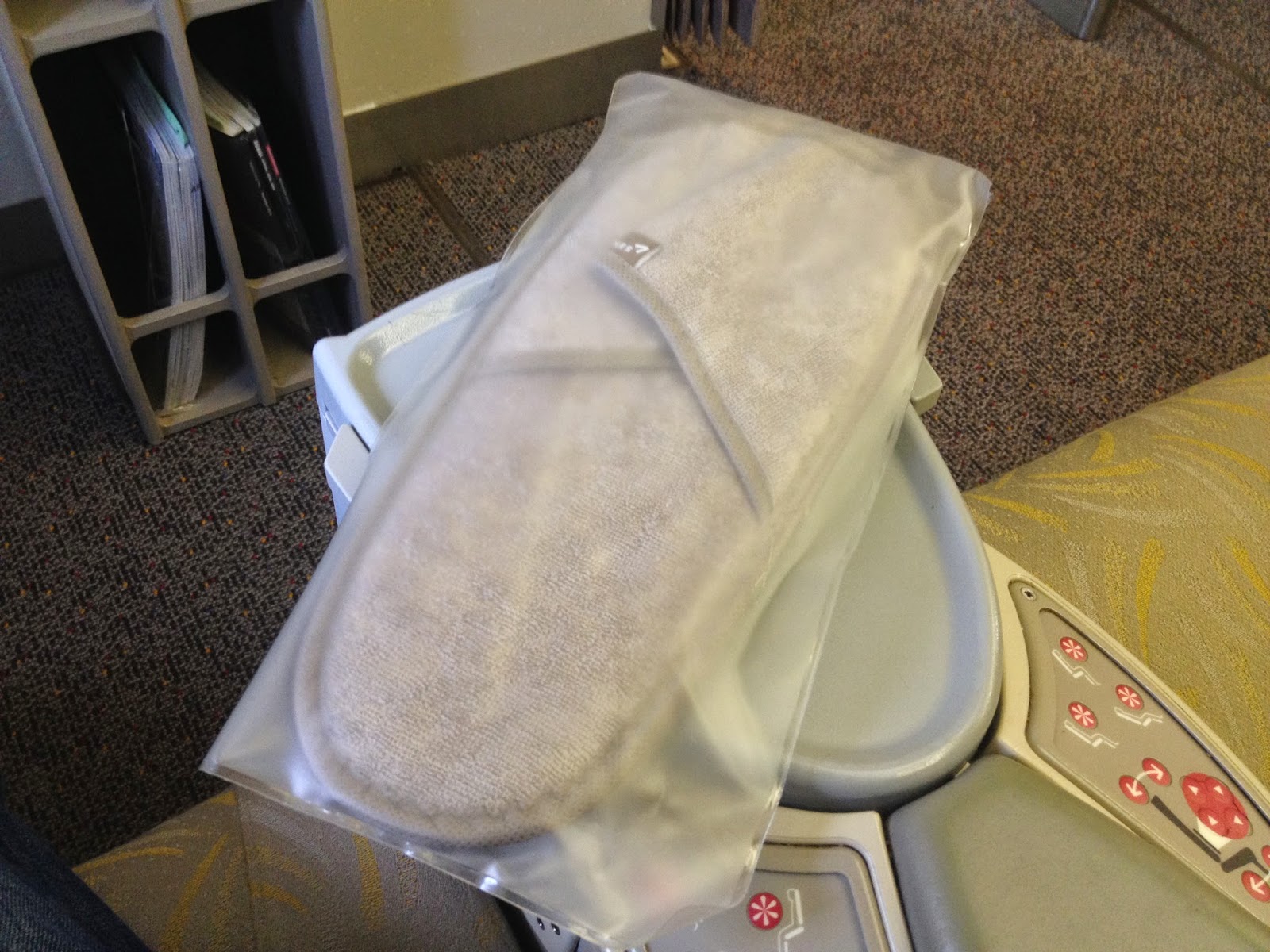 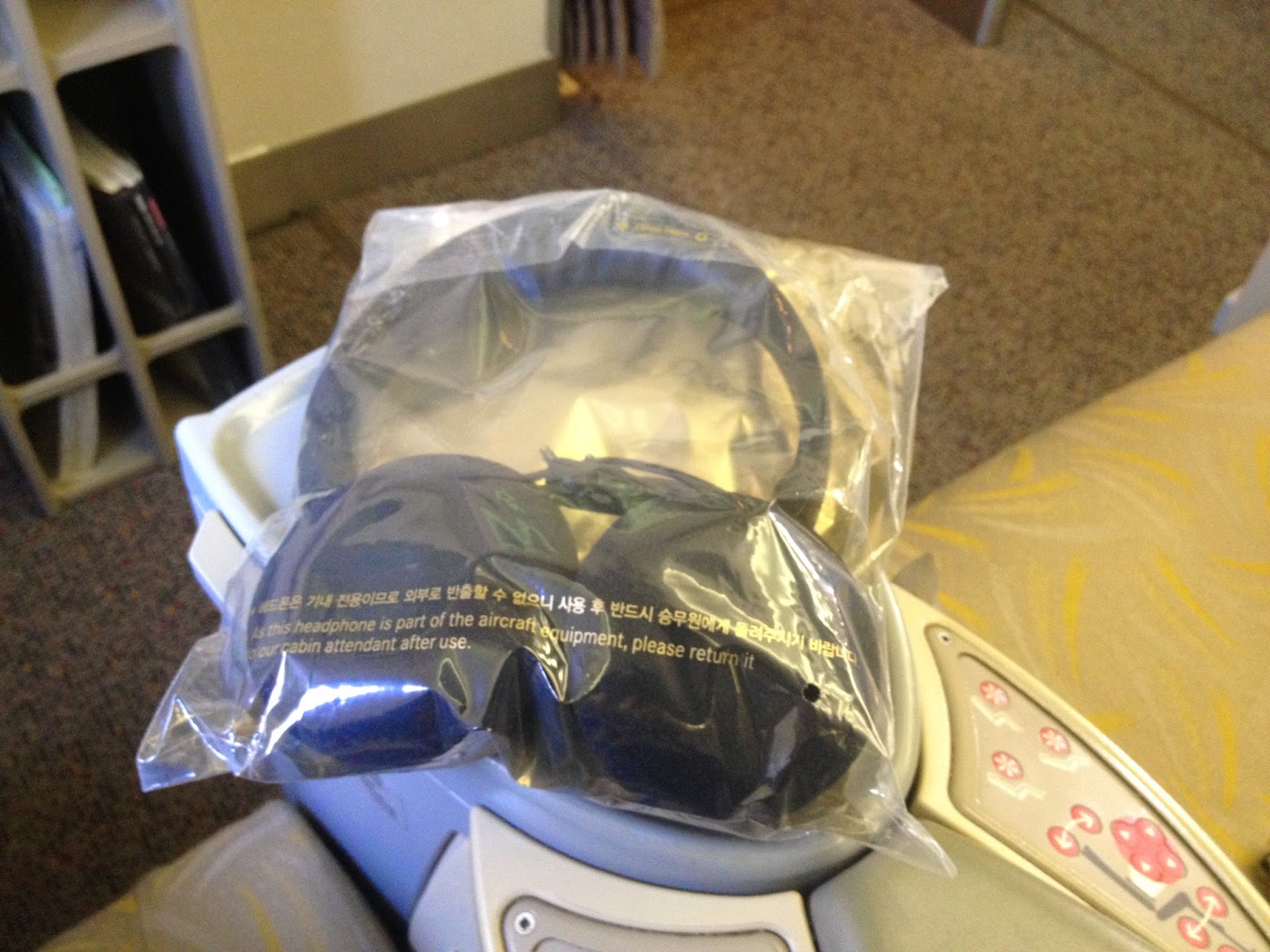 With great effort, one of the flight attendants managed to get the carry-on bag into the bin, although the latch barely held on - it seemed precarious. One of the stewards came by to investigate, which made the American furious:

The flight attendants smiled politely, but one of them exchanged a surreptitious exasperated eye-roll with me.

(By the way, jerk: nothing happened in Los Angeles. You meant San Francisco, but why would you bring that up with the flight attendants?)

The boarding door closed with just 6 of the 15 seats occupied. 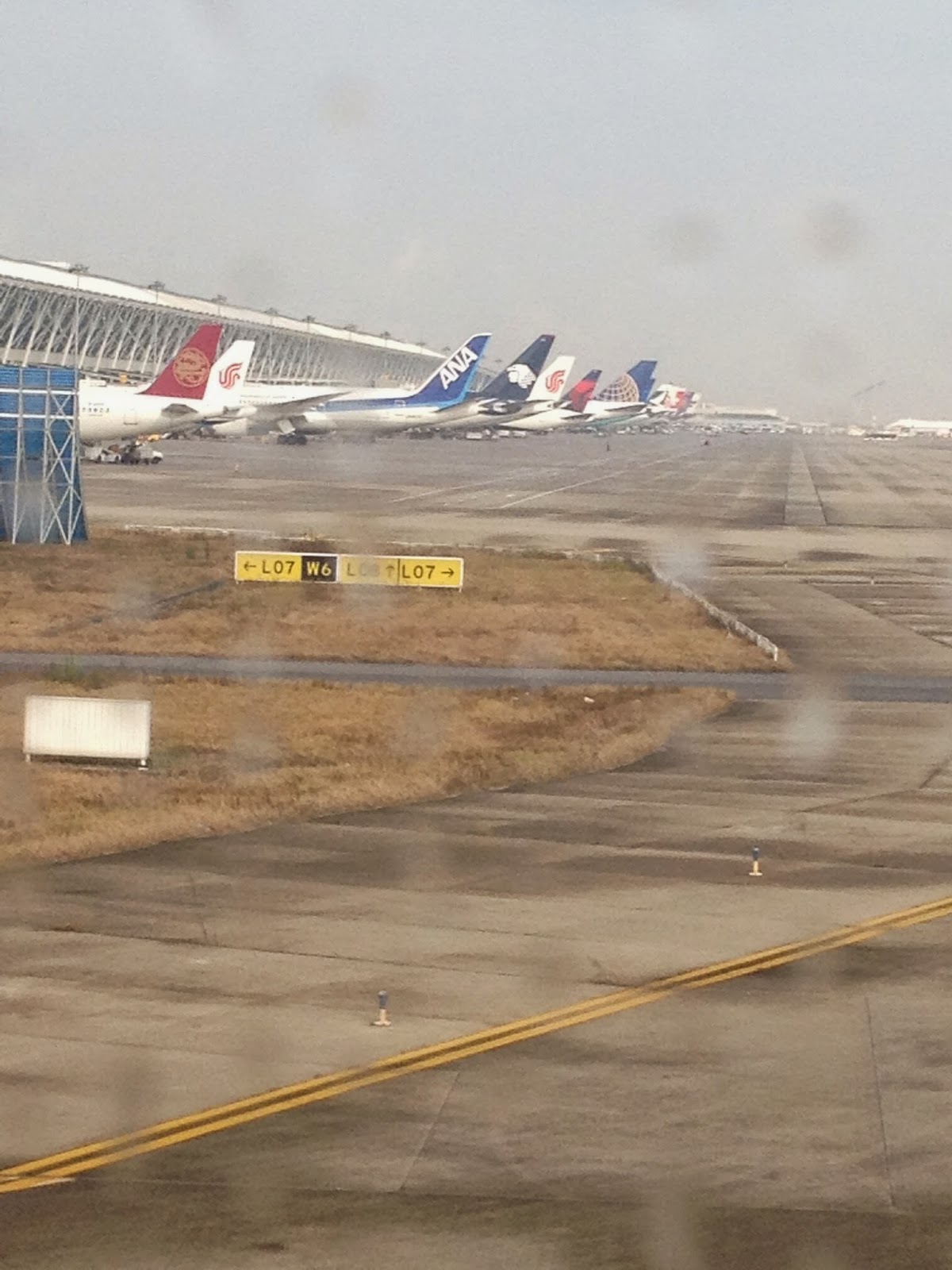 There was relatively heavy turbulence as we climbed out, but eventually flight attendants came by to take our orders. In the meantime, I started watching Tammy on the entertainment system (the selection was very limited).

The breakfast menu was short (but so is the flight, at 1:50 - the fact that they do a full meal service is pretty impressive.)

Airplane egg dishes are generally not my jam, so I tried the sole. It was delicious, and the rice was perfectly cooked. They brought everything out one one tray - for such a quick flight, that probably makes sense. 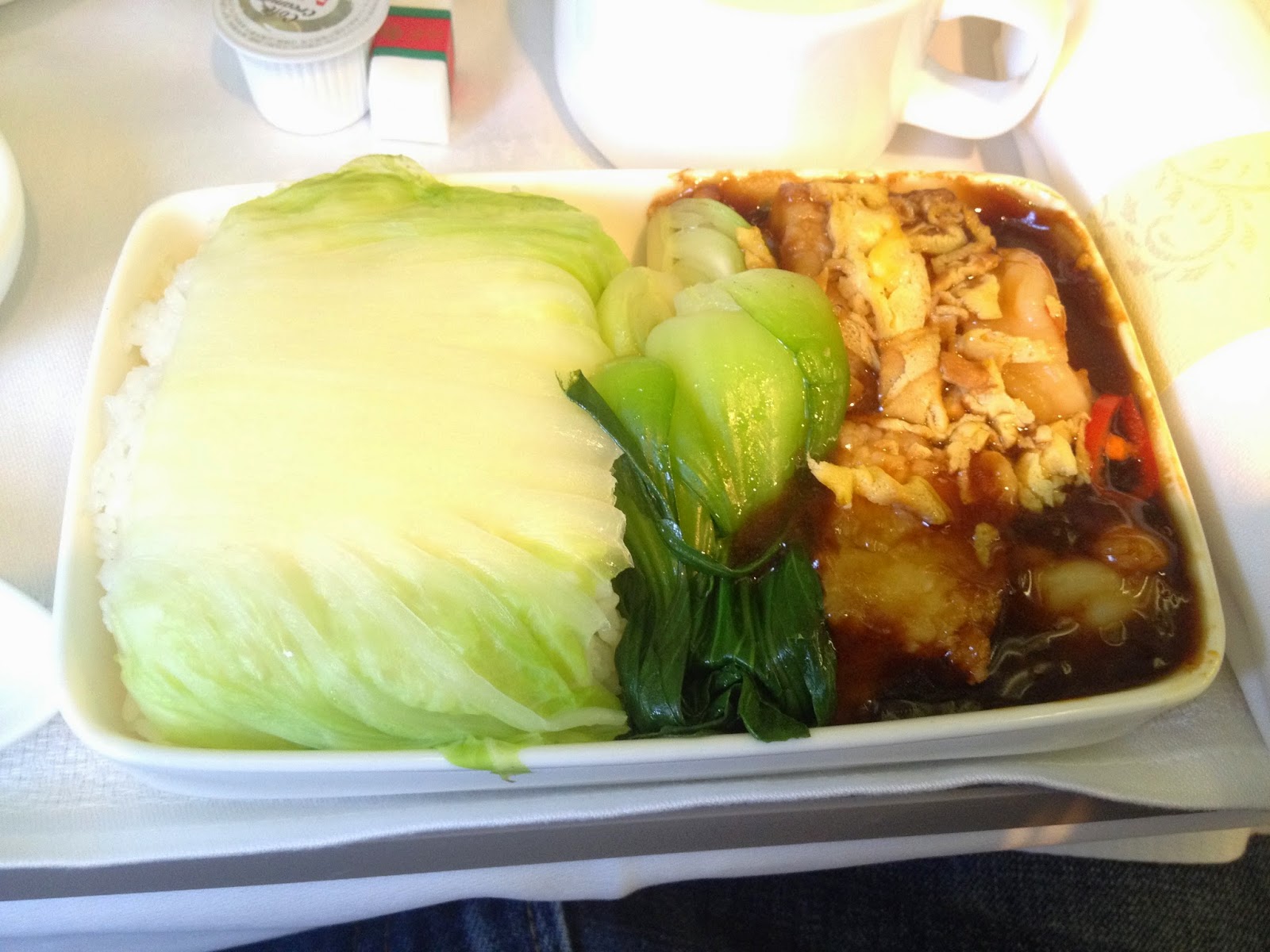 Sole and Bok Choy (white rice underneath the cabbage leaf) 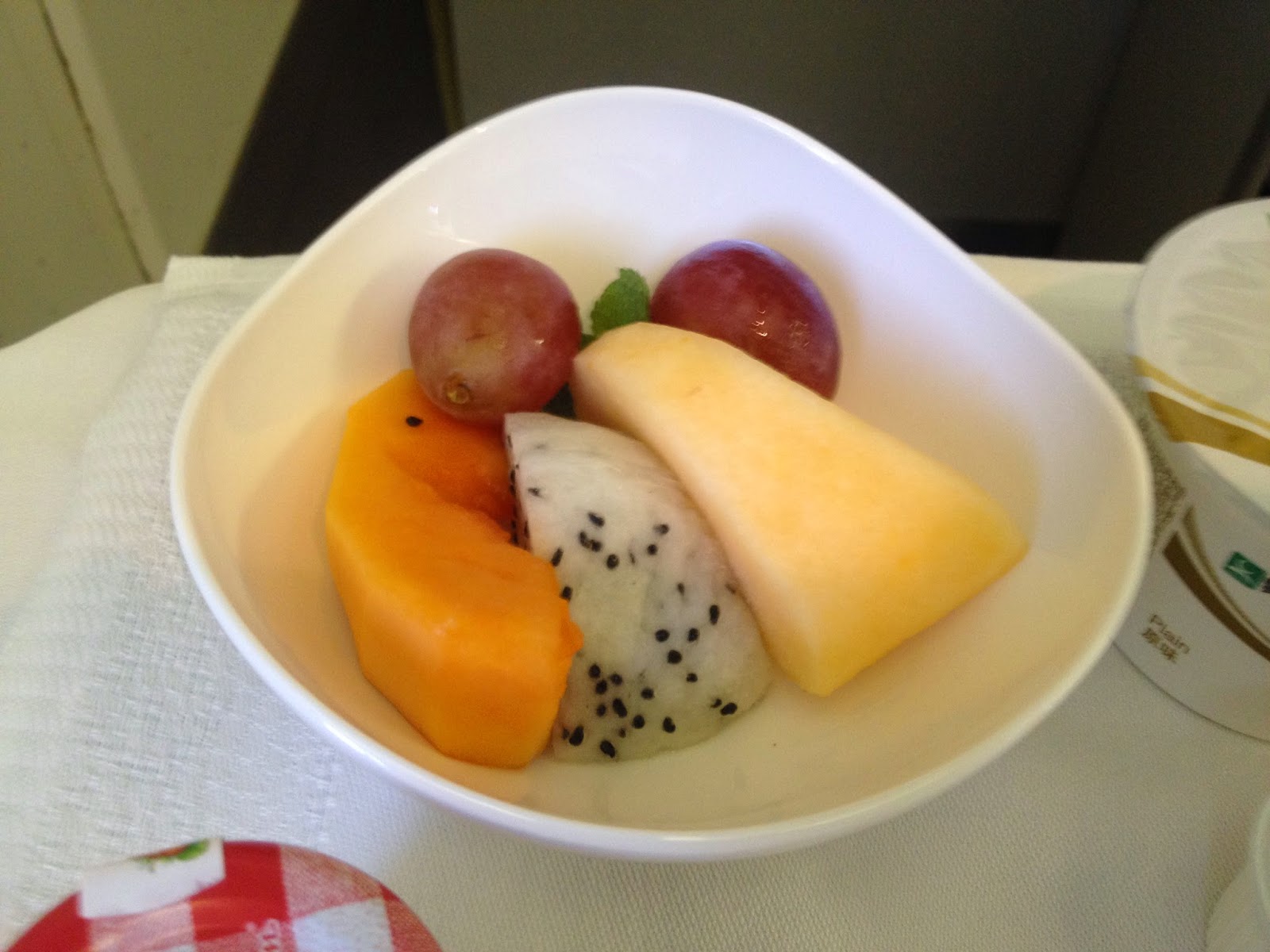 
I went to the restroom to brush my teeth after breakfast. (Yes, Lisa, I brush my teeth). They don't distribute amenity kits on such a short flight, but the bathroom has an amenity stand with combs, toothbrushes, cologne, lotion, and moisturizing spray. 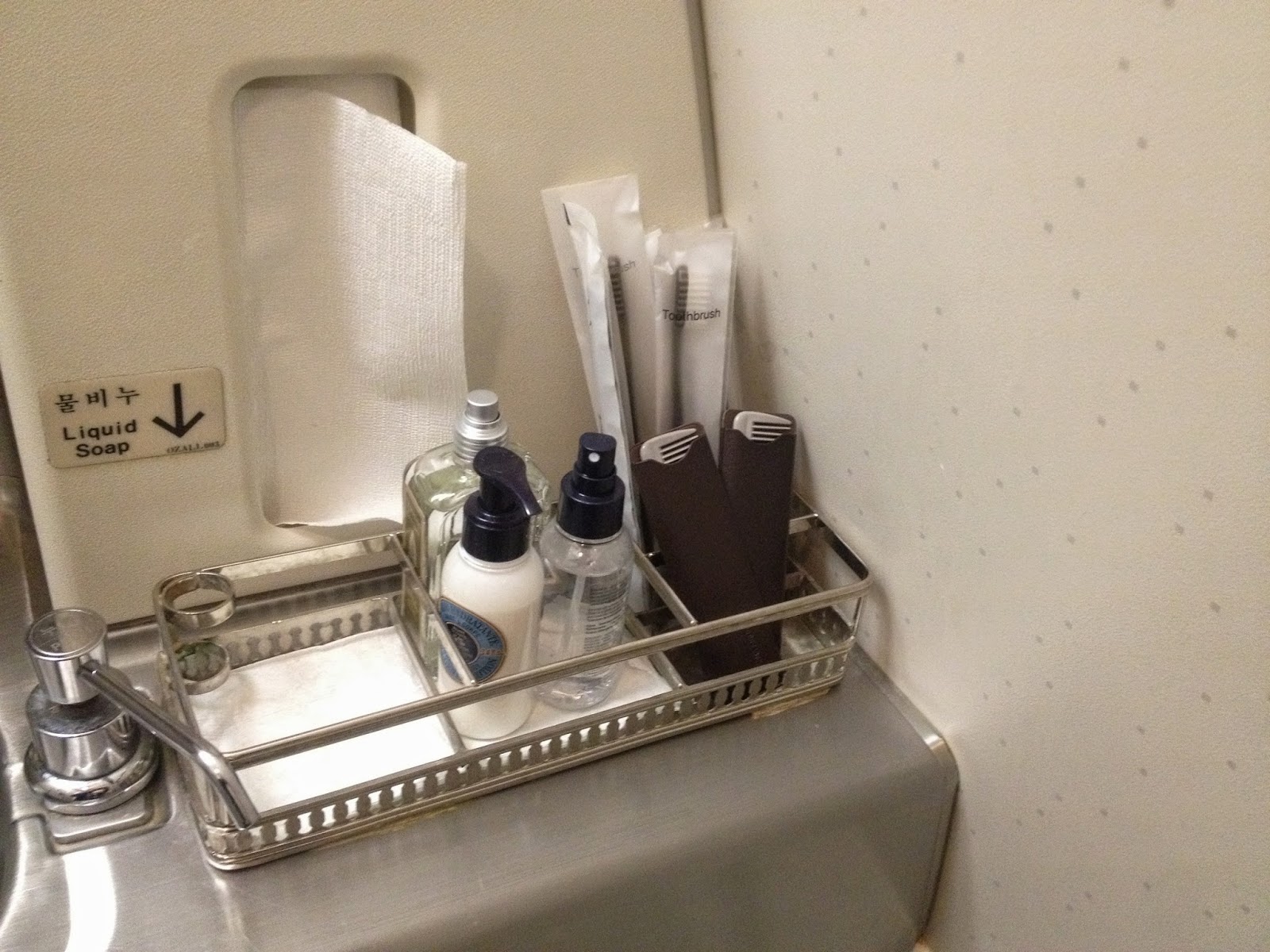 A short while later, we landed at Seoul's Incheon airport. The pollution was abysmal. 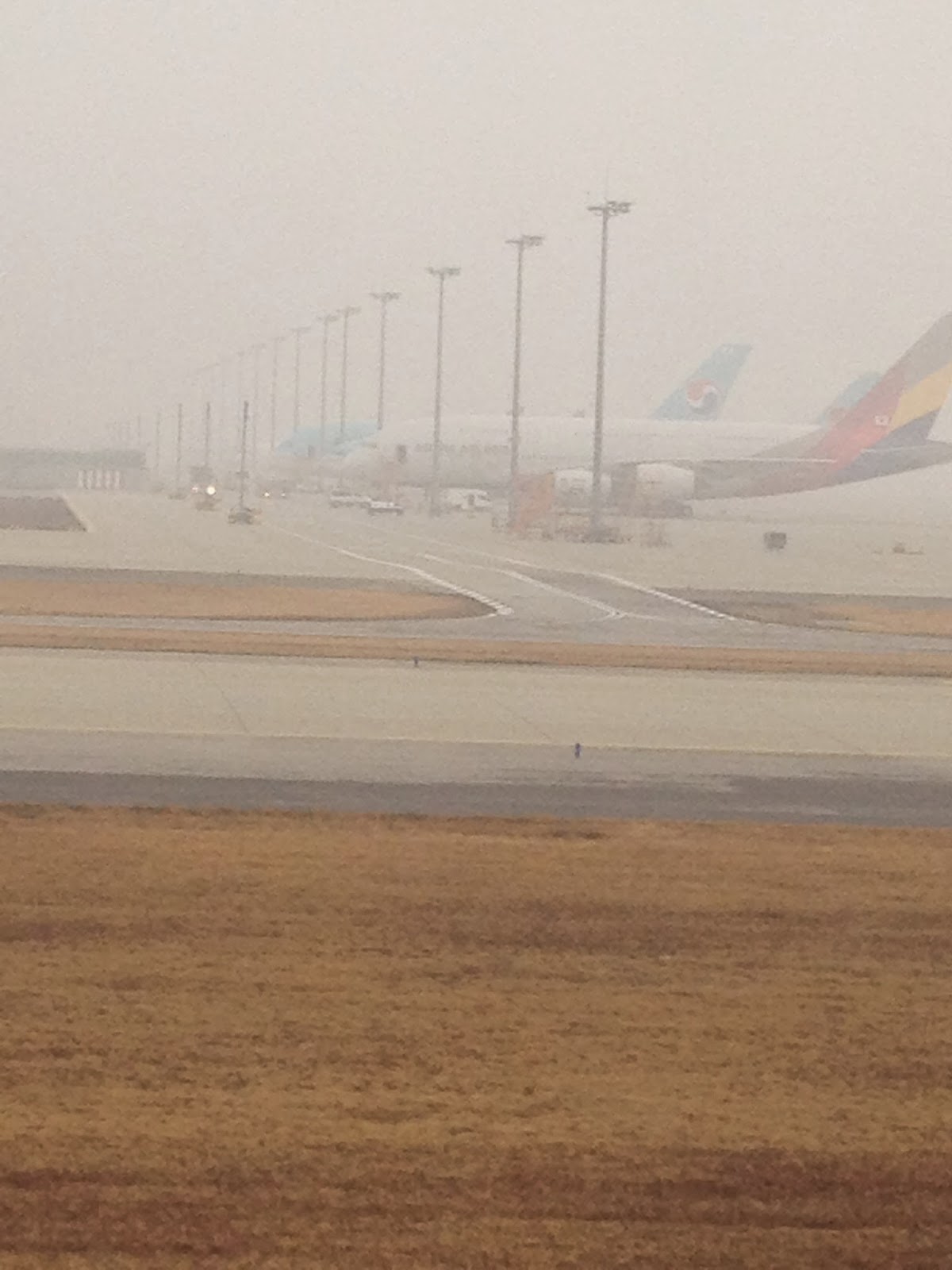 Conclusion
I would love to fly Asiana on a long-haul flight. I was a bit ambivalent about flying on Asiana because I had heard that the flight attendants' English abilities aren't great. But every flight attendant on this flight spoke perfect unaccented English and delivered excellent service.

Also, Seoul is much closer to Shanghai than I thought. 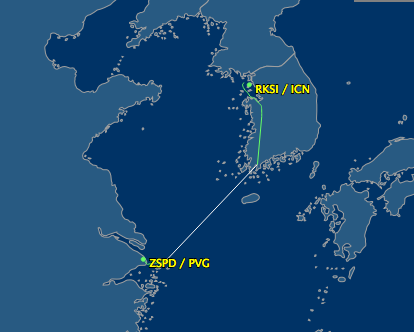