Changing planes at Tokyo-Narita is a true pleasure. Transit security (despite not having priority lanes for business / first class) is quick and efficient, and the airport signage is clear. It took me about 7 minutes to get from the plane to the lounge.

The stopover in Tokyo on Singapore 11 is relatively short. The flight is scheduled to land at Narita at 6:15pm and depart for Singapore at 8:50pm. During that time, Suites passengers are invited to use the ANA Suite Lounge.

There was a "Singapore Girl" cardboard cutout in front of the ANA Suite Lounge (probably only there for our flight and Singapore Airlines 12, which goes from Singapore to LAX through Tokyo). 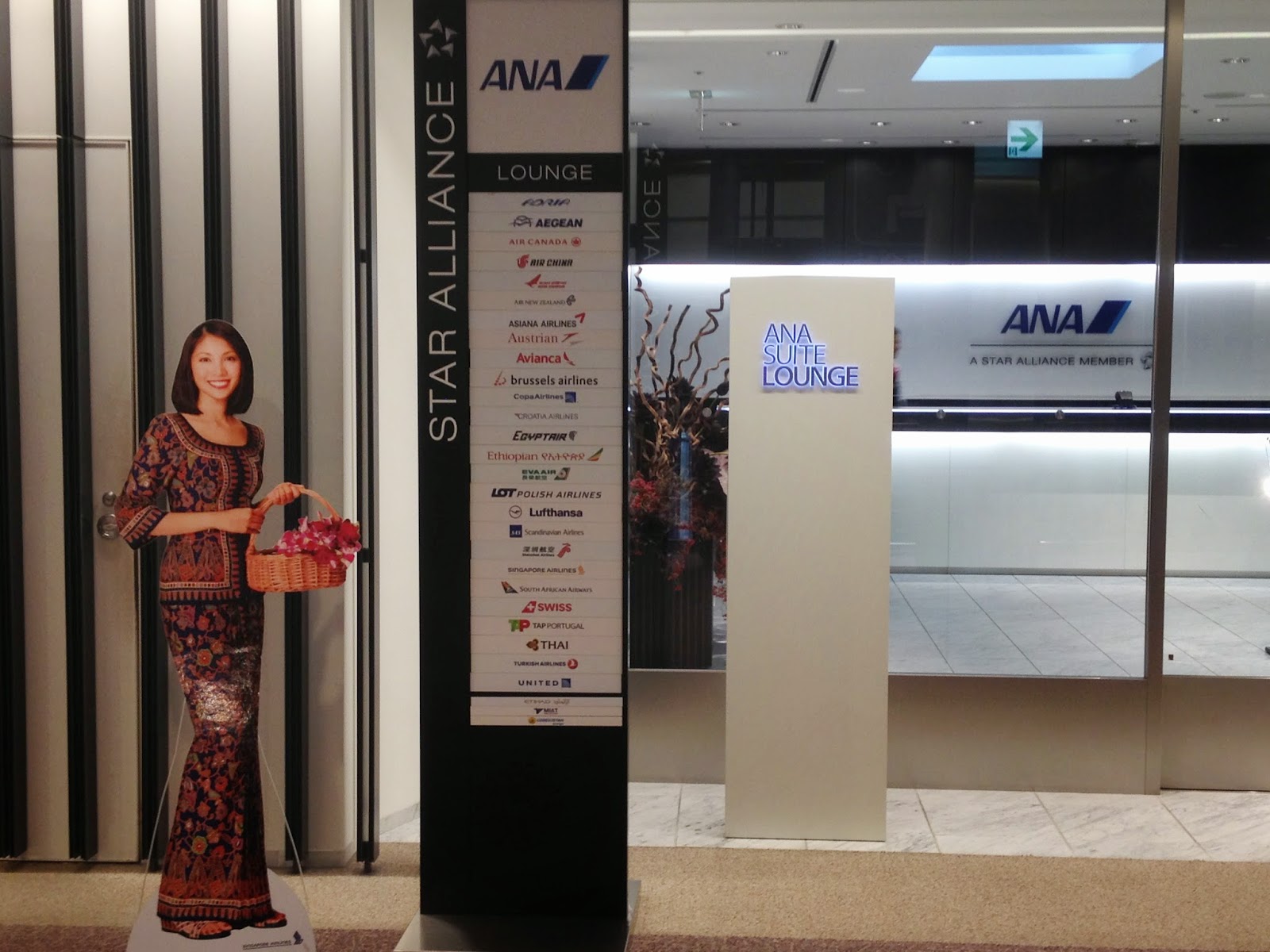 United also operates a United Club and a Global First Lounge at Narita, but the ANA lounges are a bit nicer and have better food. Because the layover was short, I skipped the United lounges.

The Lounge
When I entered the lounge, I asked the lounge attendant if I could use the shower. With incredible regret, she said: "I am so sorry but the shower is occupied. I will let you know when it is available."

No problem. I walked into the lounge and another attendant asked me what I wanted to drink, then handed me an oshibori (one of those nice warm hand towels).

The Suite Lounge isn't especially large, but it wasn't crowded at all - I think the only passengers in the lounge were Singapore Airlines passengers transiting on to Singapore. (I'm still mystified by who was in the shower). It looks almost exactly like the business-class ANA Lounge - dark and sort of modern. 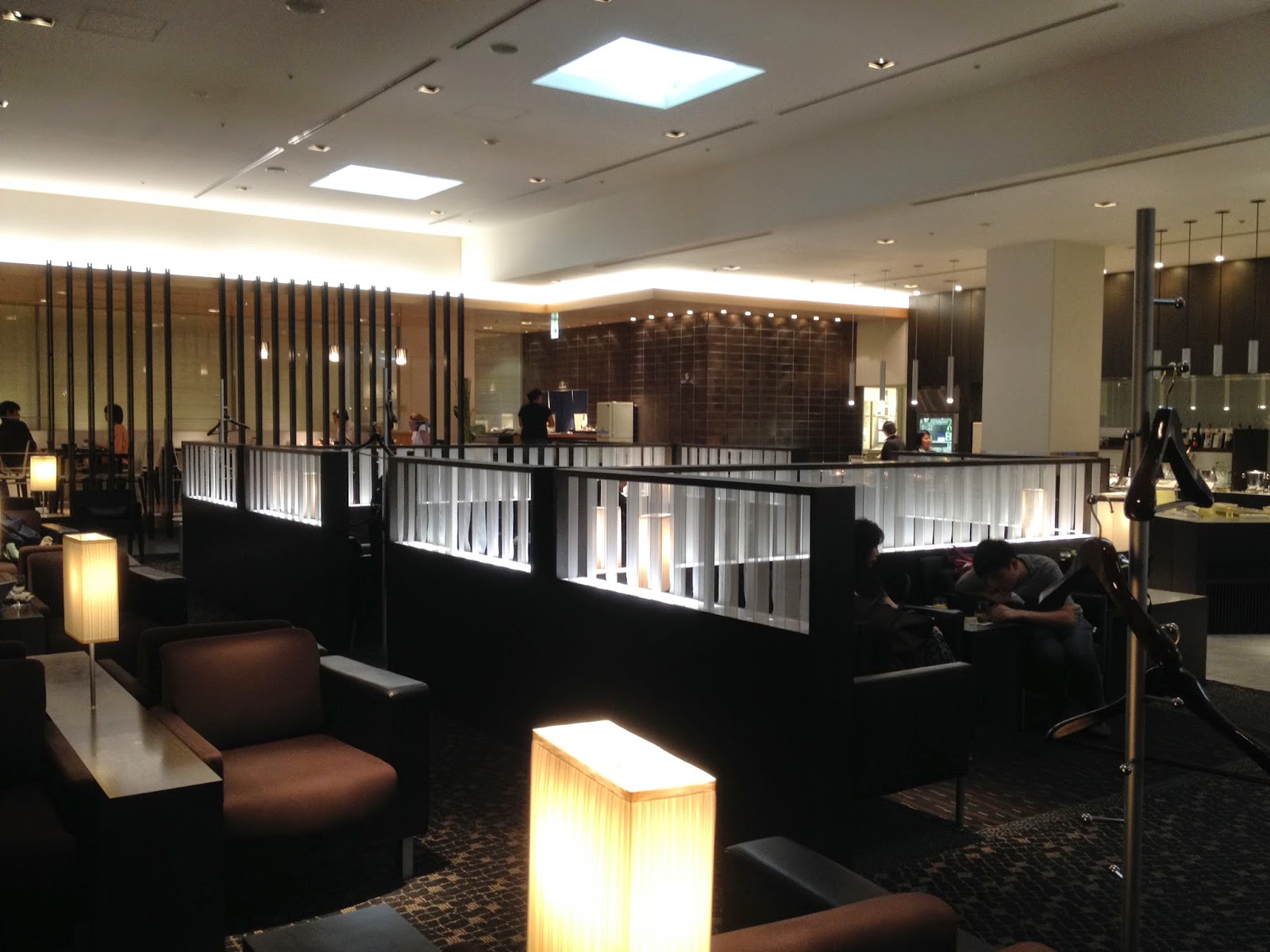 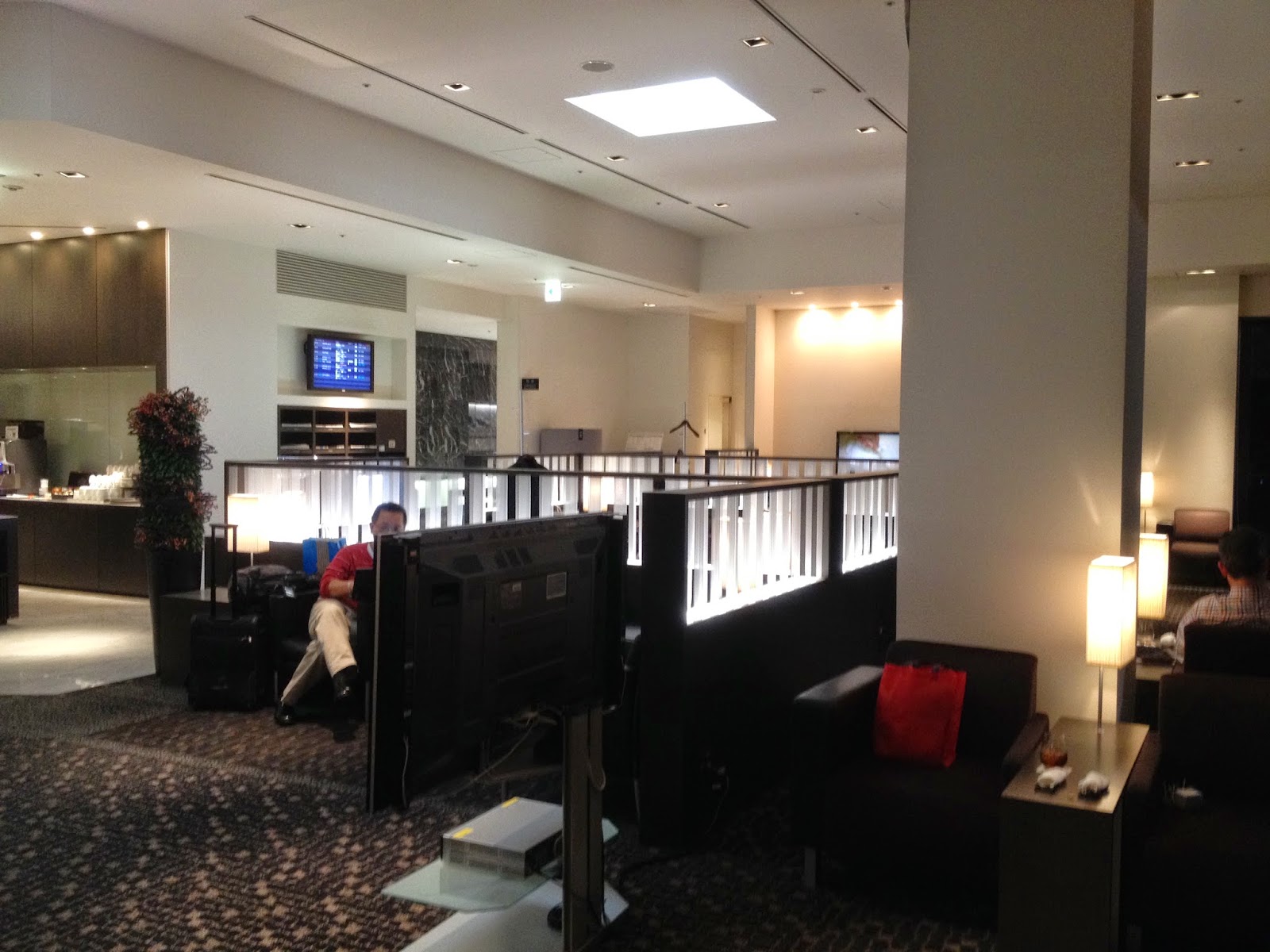 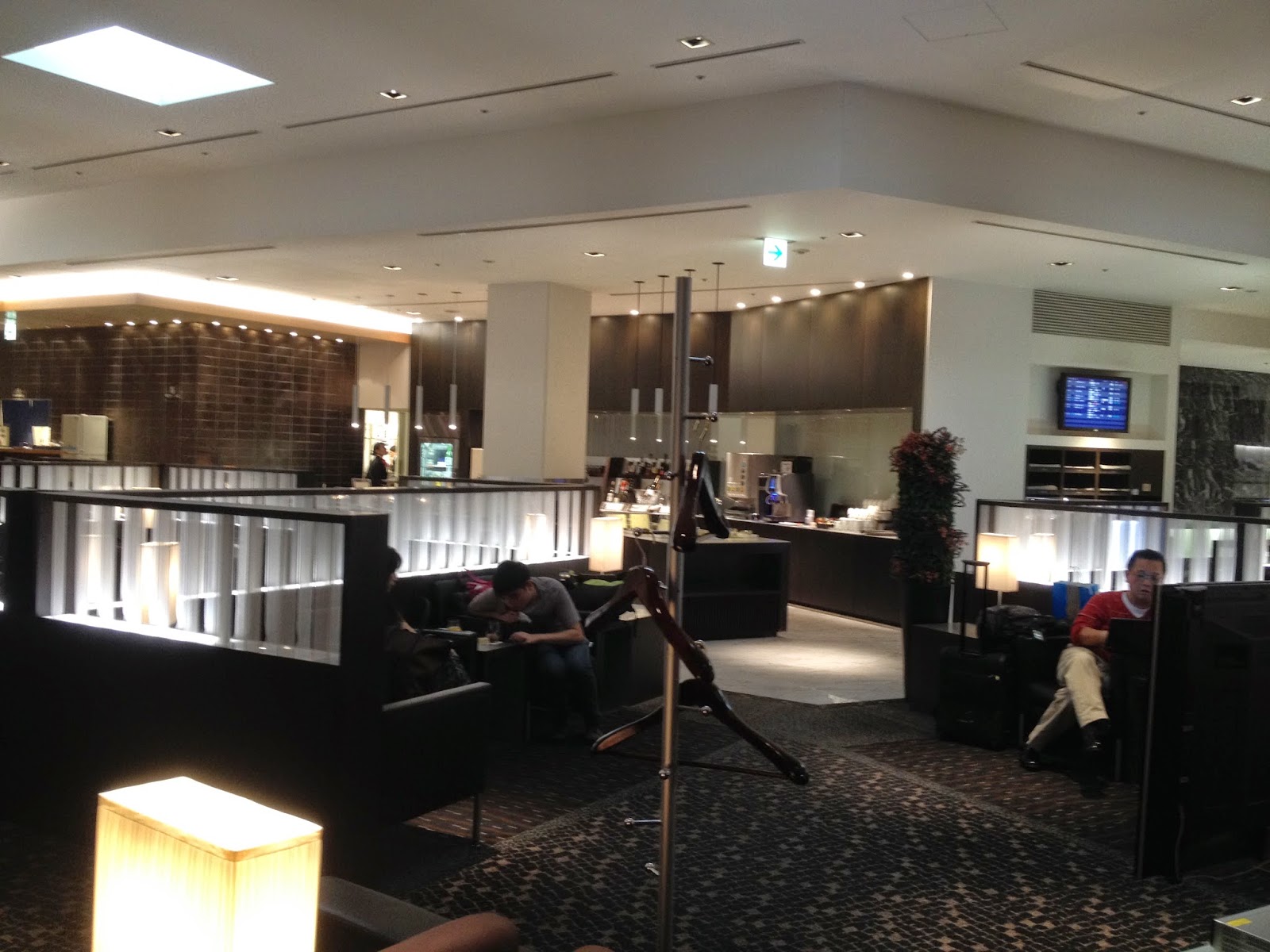 As you enter, there's a buffet to your right with a few miscellaneous hot options, salads, and drinks. 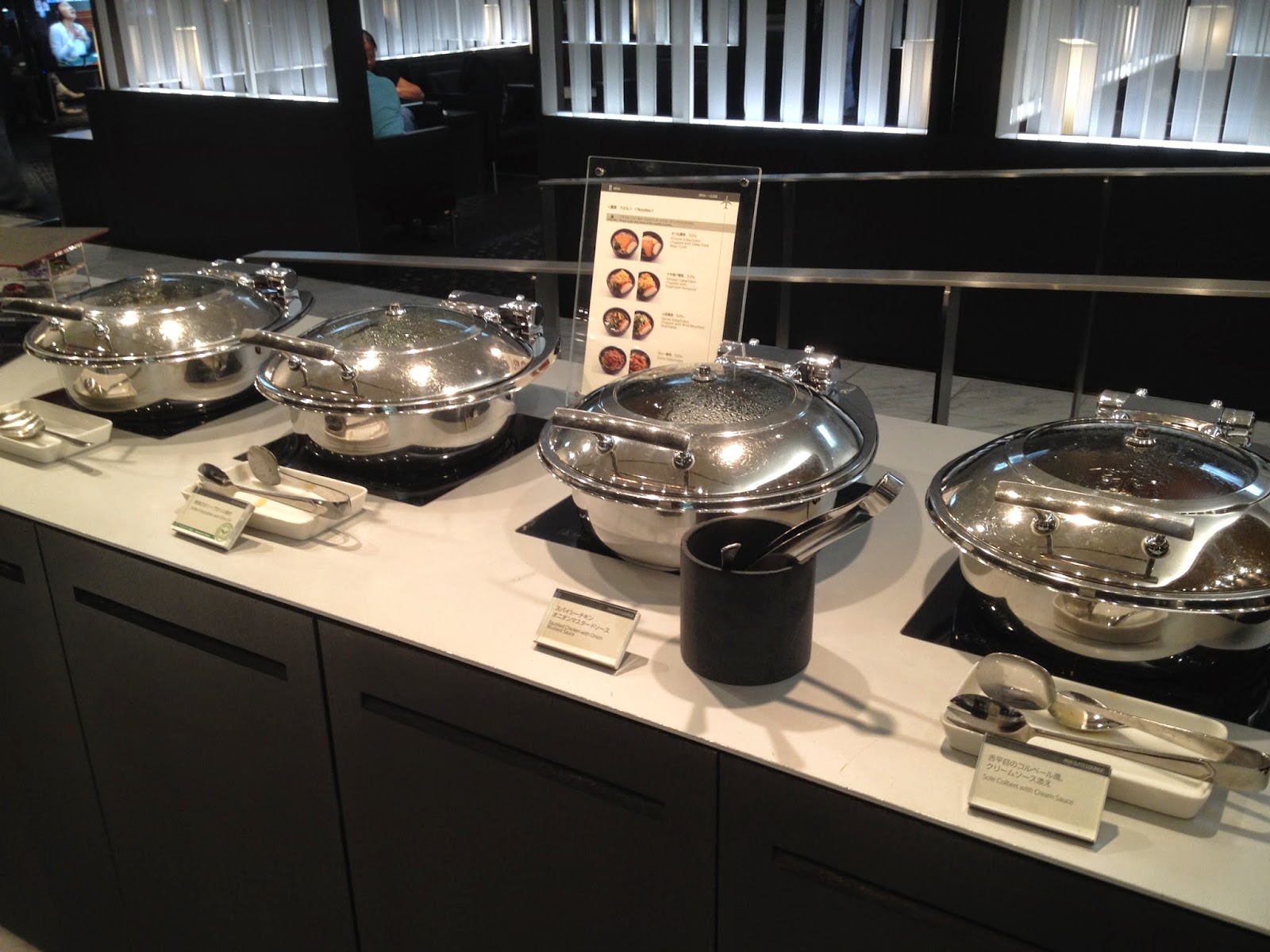 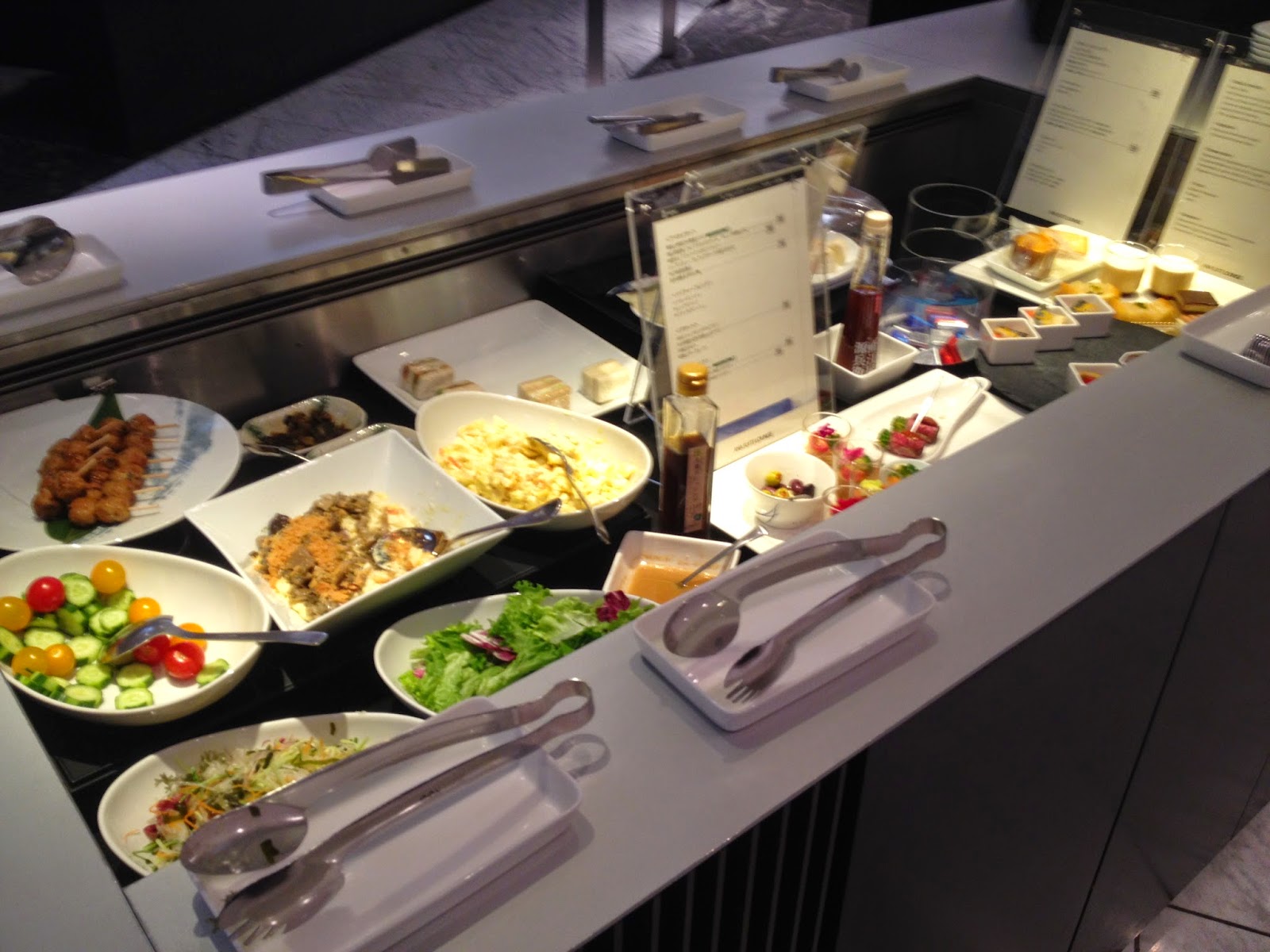 But before I could eat anything, a lounge attendant approached me:

I guess they really hammer that phrase during customer-service training. 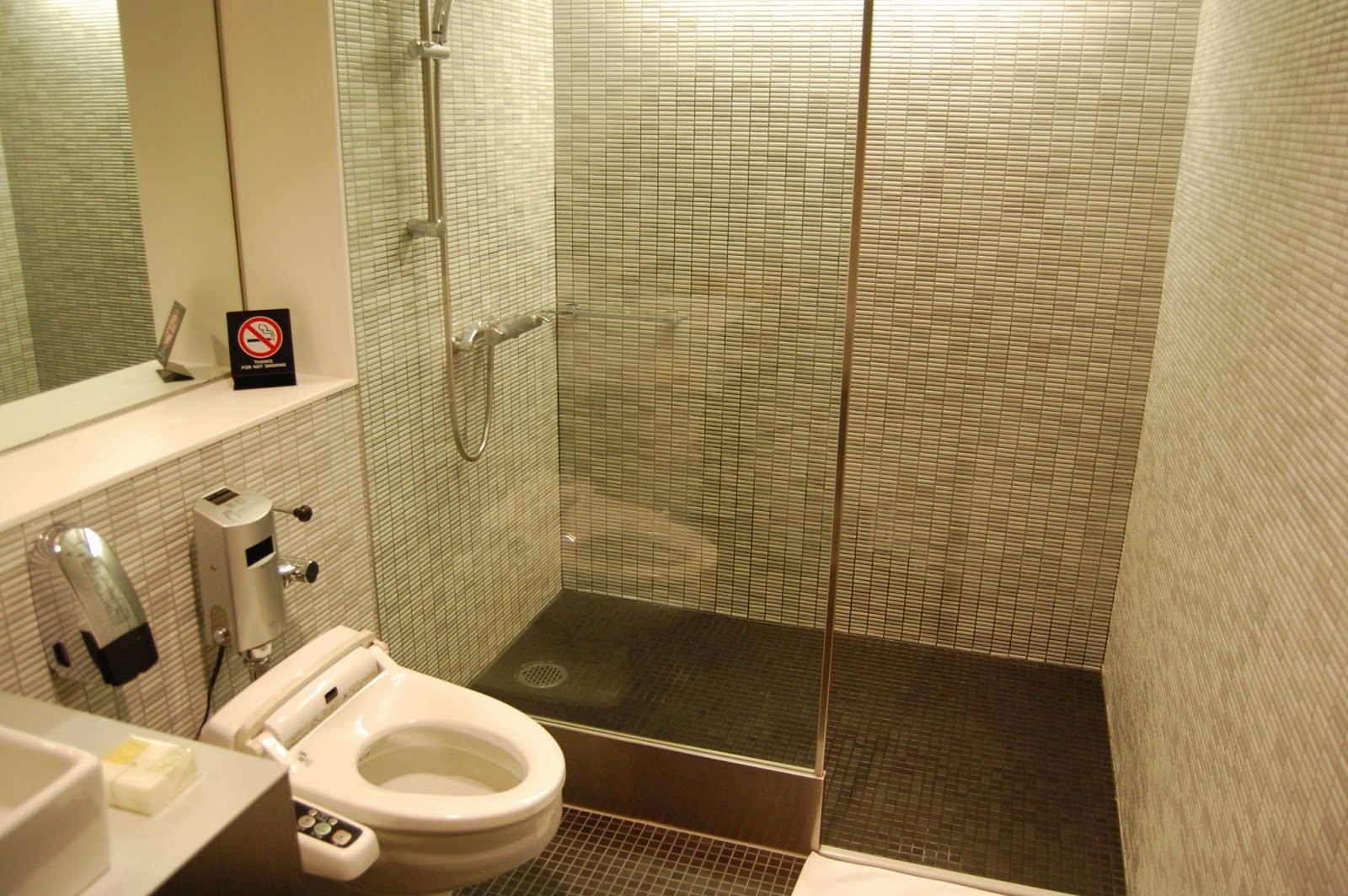 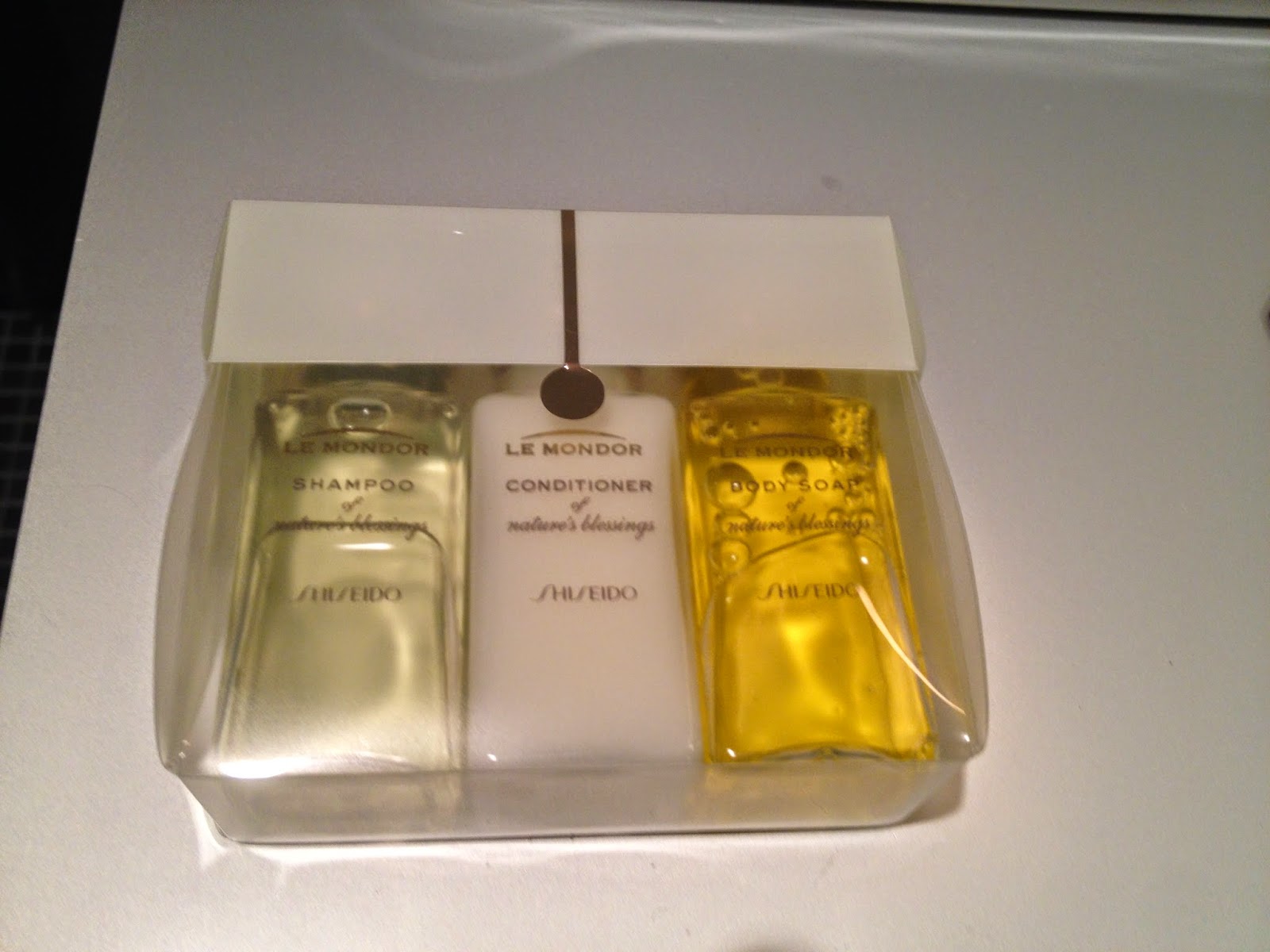 Afterward, I went to the noodle bar to get a snack. The normal ANA Lounge also has a noodle bar from which you can order a few options: 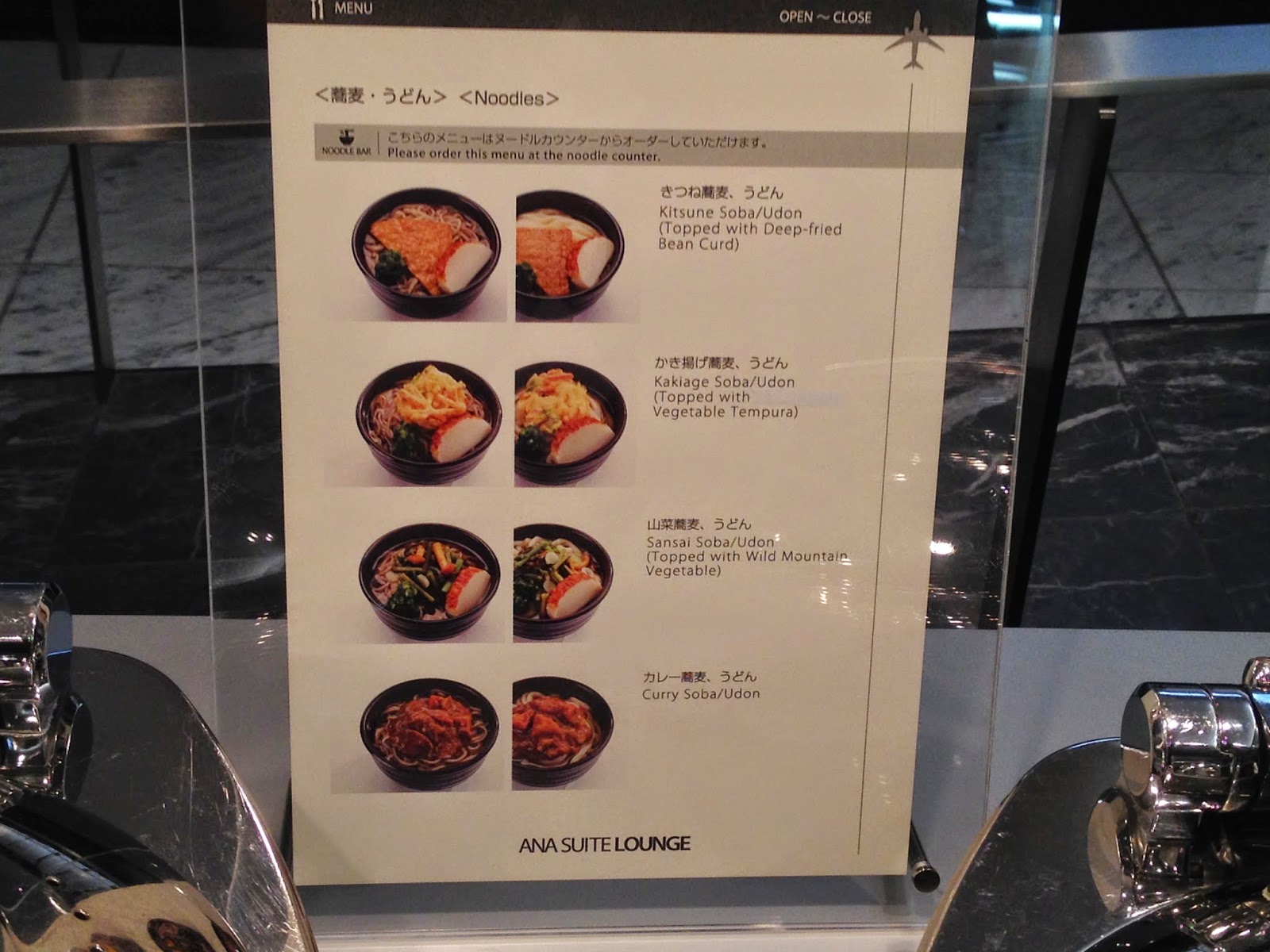 It's hard to read, so here's the menu reproduced:

The Suite Lounge side has a few bonus options that aren't available on the business-class side: 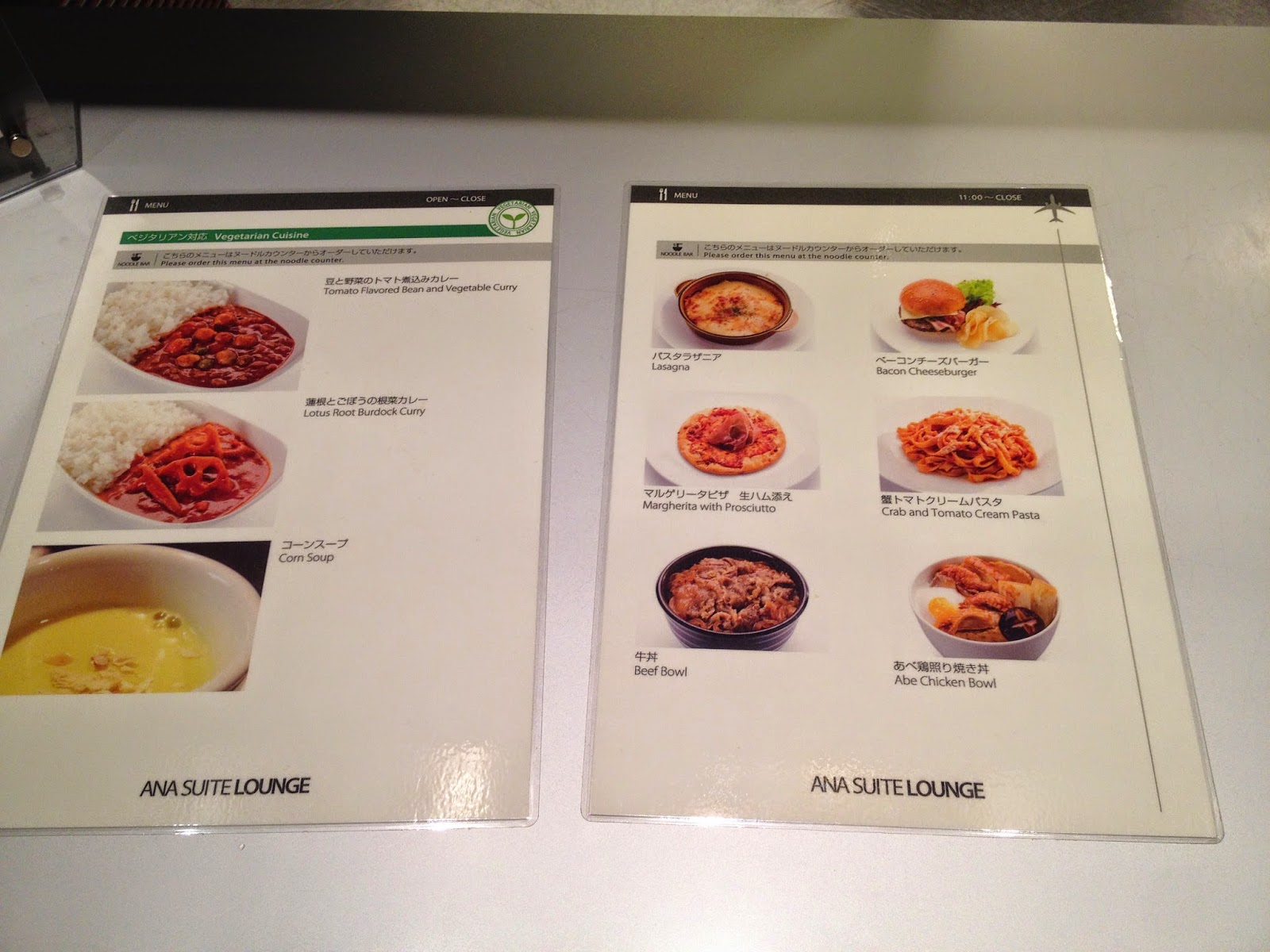 Abe Chicken Bowl (I don't know what this is either).

I ended up ordering the curry udon, which was a relatively small portion. The broth was much more watery than I had anticipated. 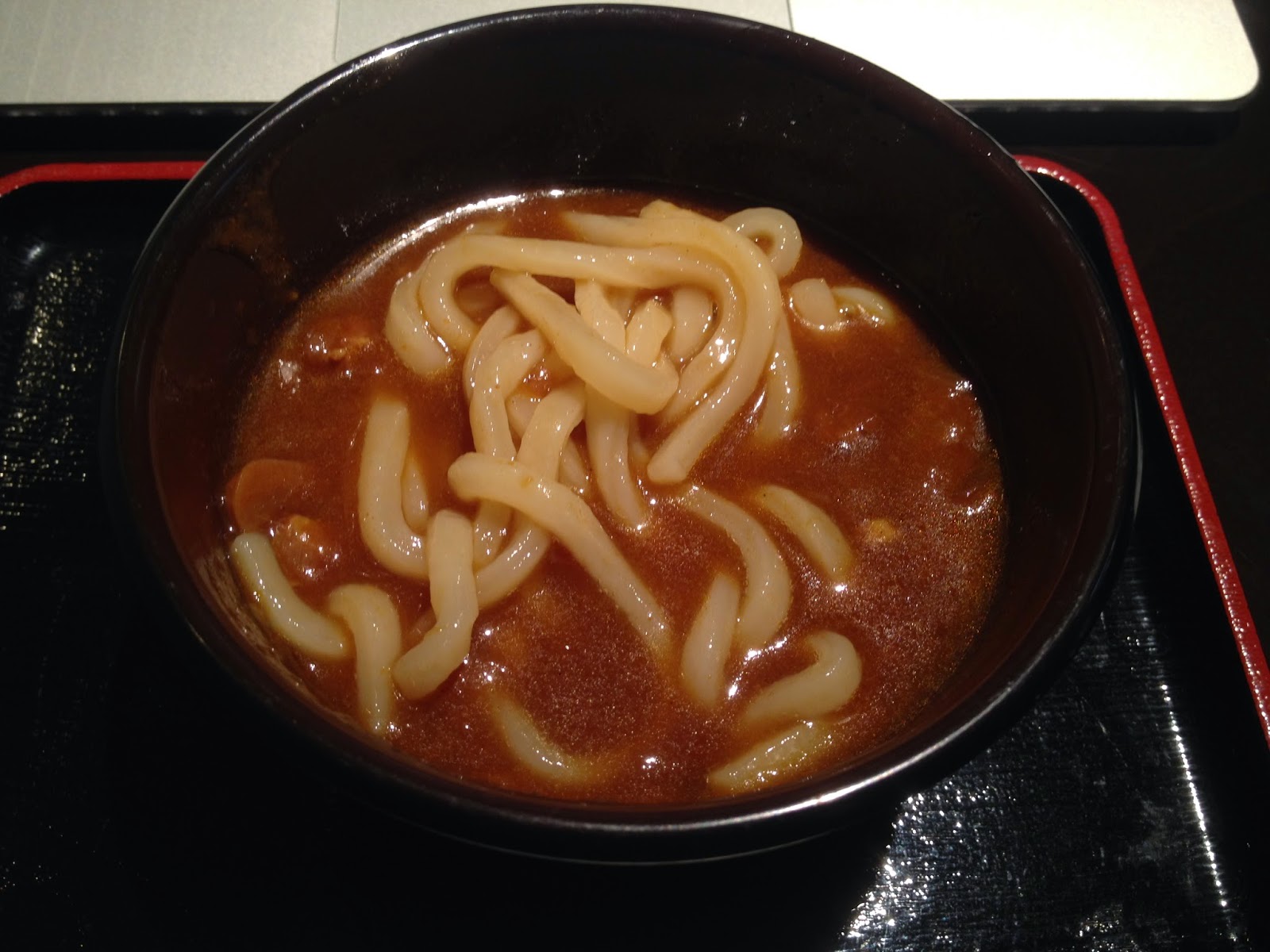 Given that I was full from the lobster on the previous flight, this was a good snack to tide me over. After eating, I had about a half hour of e-mail / Reddit before it was time to board.

Conclusion
The ANA Suite Lounge is a great place to spend a couple of hours - it's quiet, the internet is fast, and the food selection is fine. But if I were originating in Tokyo, I wouldn't get to the airport early just to use the lounge.