Last week, after a fantastic flight to New York on Jet Blue's innovative new Mint product, I took an Uber to the Hyatt Herald Square. 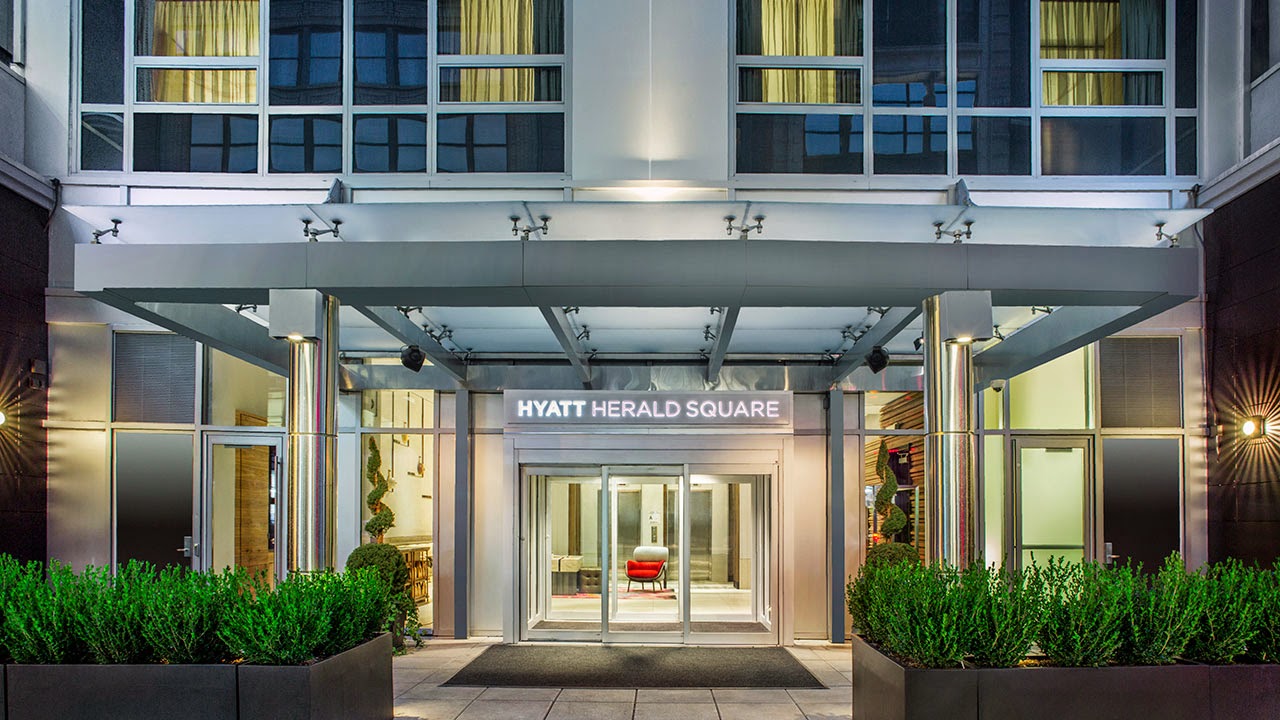 But the check-in agent told me that he couldn't find my name in his reservations system. That's bad.

Changing the reservation
I had booked a night at the Hyatt Herald Square even before I knew about the 2,500-point promotion. Unfortunately, I had booked a prepaid discount rate, which was ineligible for the promotion.

So I called Hyatt reservations and asked them if I could change to the pricier standard rate. They agreed and registered me for the promotion, but said they had to cancel the prepaid night and rebook me. I got my confirmation email for the rebooking and thought everything was fine.

The missing reservation
Cameron, the check-in agent, couldn't find a reservation under my name in his system. But when I gave him my confirmation number, he found it - apparently, Hyatt's global system had the reservation, but the hotel-specific system didn't.

The Hyatt Herald Square had no more rooms available. Cameron offered to call Hyatt's Diamond reservations line to see if they could accommodate me somewhere else. I mentioned that I was going to stay at the Andaz Wall Street the following night. Reservations ended up moving my reservation there. No real harm, and the Hyatt Herald Square was kind enough to kick in ten dollars for my cab ride downtown.

Other overbookings
I was not the only one with reservations trouble - the hotel was overbooked by several rooms. While I was on hold with the Diamond reservations line, two sets of guests tried to check in unsuccessfully. They were given a pre-printed apology letter explaining that they had been rebooked at the Four Points Midtown. I saw five of those apology letters at the front desk when I checked in around midnight.

The Hyatt Herald Square just opened in October 2014, and I understand they're probably working out some kinks in their reservation system. It's a good sign that they have enough demand to be overbooked, but the displaced guests were livid that they had been (1) overbooked, (2) that nobody from the hotel called them beforehand to let them know, and (3) that they were sent to a property they perceived as being lower end.

Cameron explained that the Hyatt Herald Square and Four Points Midtown are managed by the same company, making rebookings easier. But the classy thing for Hyatt to do, especially with a new property, would be to send the displaced guests to a higher-end Hyatt property such as the Park Hyatt New York or the Andaz Fifth Avenue (which both had room availability that night).

Conclusion
Cameron did a fantastic job of trying to mollify the justifiably angry guests, but the hotel's solution to overbooking seems cheap and unsatisfactory. I would probably avoid this property on my next trip to New York.

I wonder if they'll still honor the 2,500-point bonus if I call and explain the situation. Stay tuned.
Posted by The Pointiff at 11:55 AM