I associate international flights with luxurious modern terminals and high-end boutiques offering designer handbags and luggage. Terminal 3 at Chicago-O'Hare couldn't be further from that image. 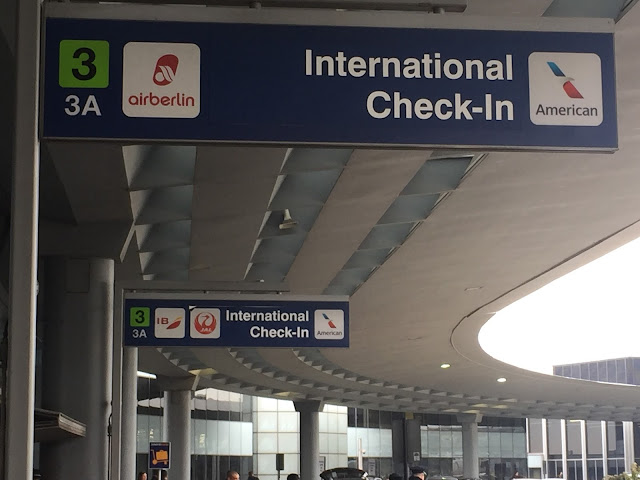 Terminal 3 is not remotely luxurious. Most flights that operate out of Terminal 3 are American Airlines mainline domestic flights, so the usual trappings of an international terminal aren't there.

Two hours before departure, I was surprised to find no line at the JAL desk for any class of service. An AA agent greeted me in Japanese and handed me my boarding pass, then directed me to a security line next to the check-in counter.

Security took about 40 minutes to clear. It's very surprising to me that there was no priority lane available for premium-cabin passengers. I had heard that JAL usually escorts its first-class passengers to the front of the security line, but no such offer was made to me or to another first-class passenger who checked in shortly after I did. 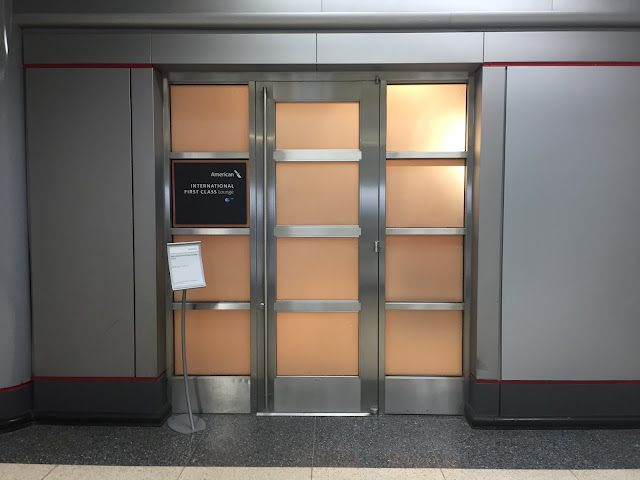 The International First Class Lounge is conveniently located next to JAL's boarding gate, while the Admirals Club is a decent hike away.

Those hoping for a lounge experience like the Lufthansa First Class Terminal or Singapore Airlines Private Room will probably be disappointed. The lounge is small and doesn't offer any noteworthy amenities. 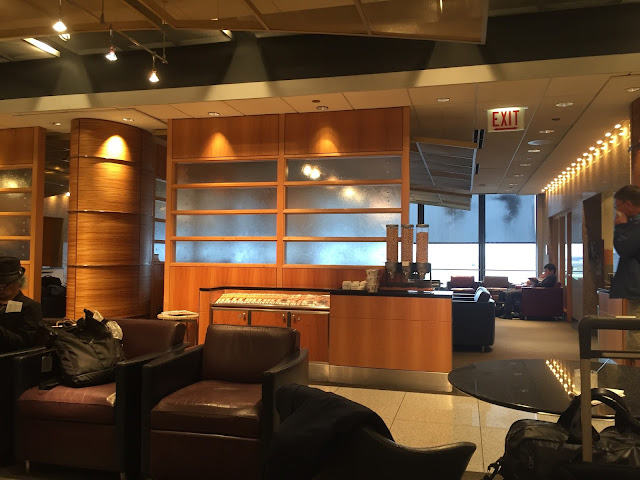 There is no dining-on-demand option. Instead, the lounge offers a few snacks, slightly better than what you would find at an Admirals Club. 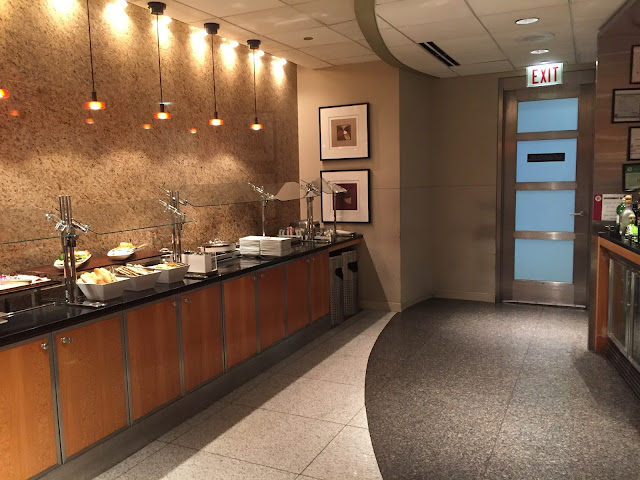 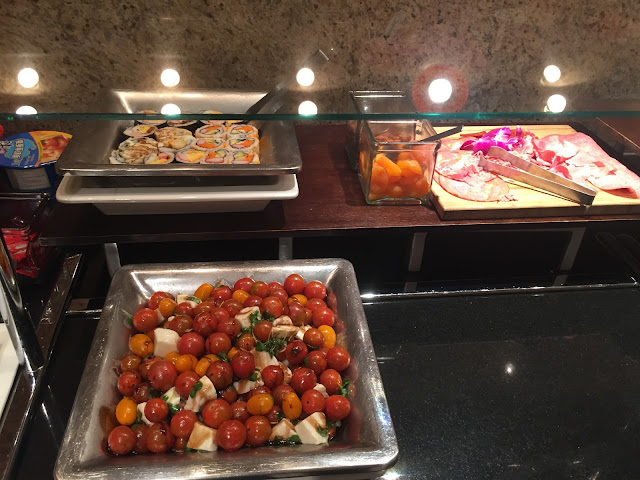 Perhaps as a nod to the JAL flight, the "buffet" offers sushi rolls, although they're closer to grocery-store quality than restaurant-quality. 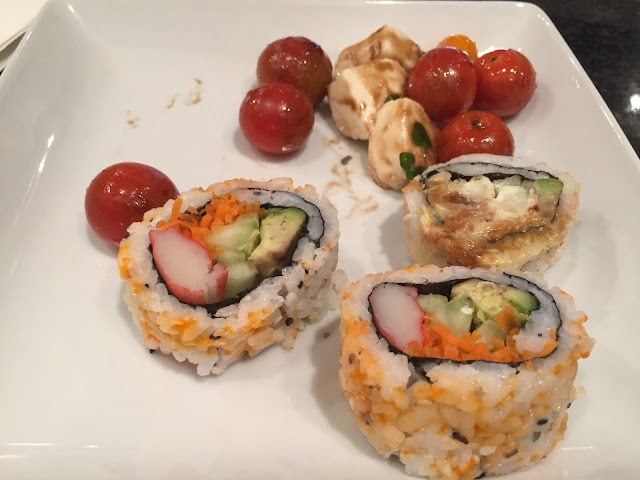 The self-service bar is probably the high point of the lounge's offerings. 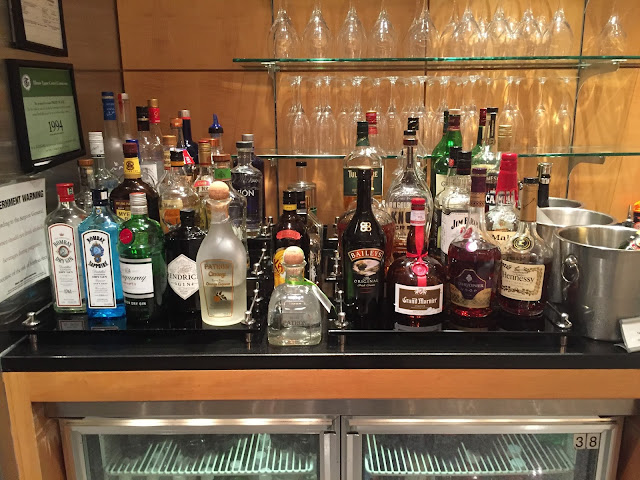 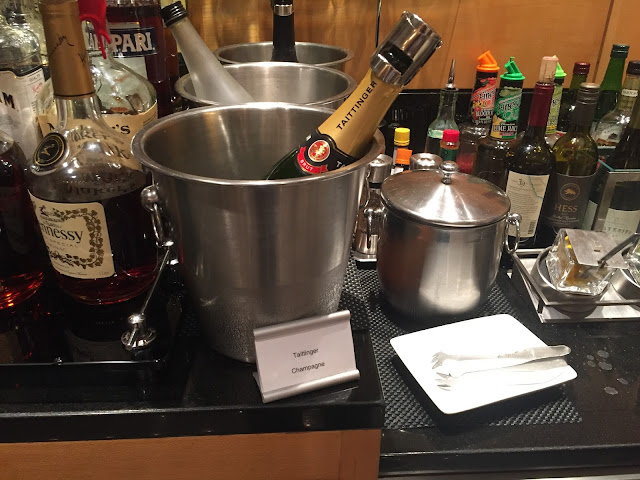 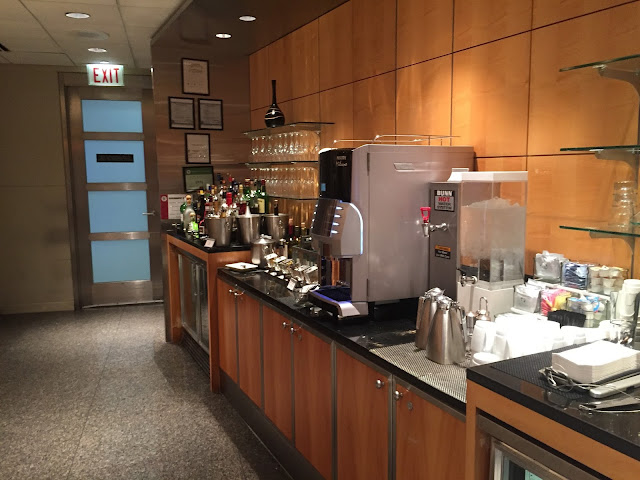 There was plenty of seating available. The "Quiet Room" used to be a smoking room. 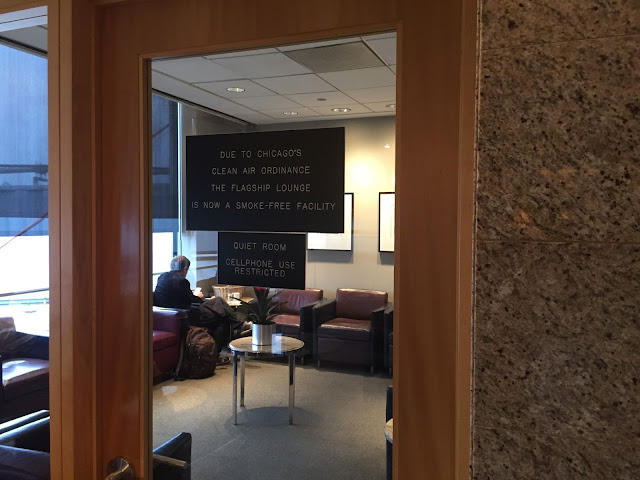 There is a small business center area with a printer. 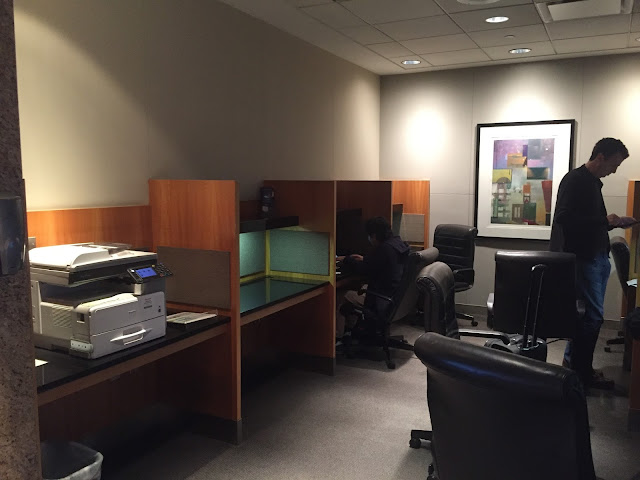 There are no showers in the lounge, and the bathrooms are similar to what you would find in the main terminal. 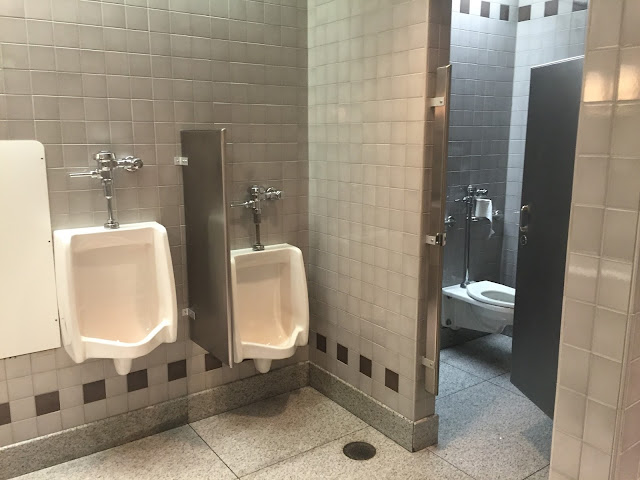 The lounge was not a particularly glamorous place to wait, but the wi-fi was fast and the room was remarkably silent. I wouldn't arrive at O'Hare early to visit the lounge, but if you've got a few hours to kill anyway, it's probably better than waiting at the gate.

A couple minutes before boarding, I headed to Gate K19 to get some photos of the plane.  There were separate roped-off areas for each class of service. 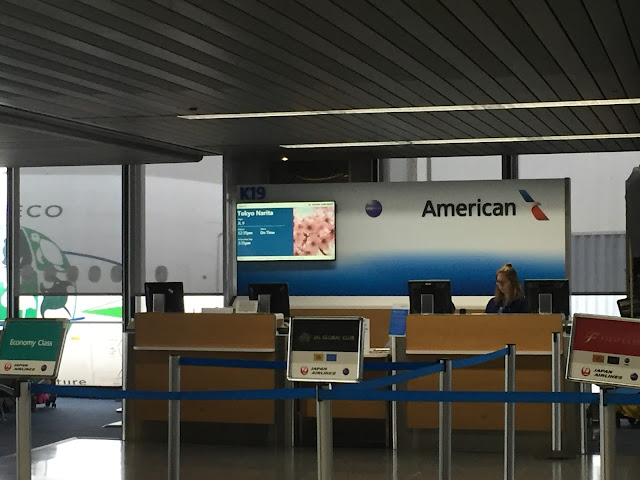 At most gates, you can see the nose of the plane out the window, but not much else. Gate K19 is uniquely positioned so you get a sense of how long a 777-300 is. 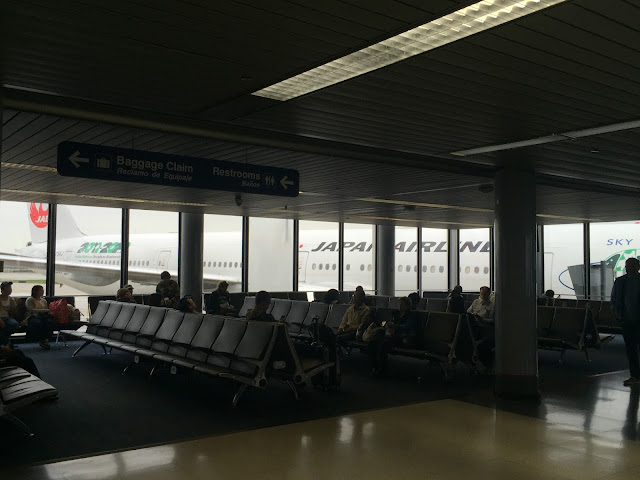 Boarding for those with mobility issues or small children began a few minutes before boarding for first class and JAL's top-tier elite level, with announcements in English and Japanese.